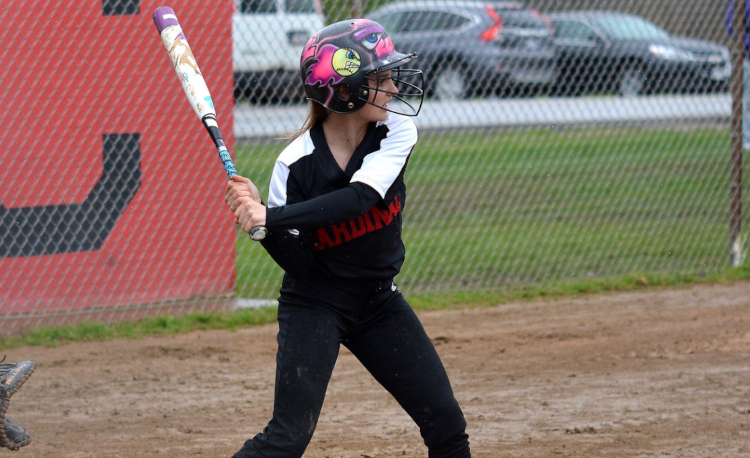 Cardinal turned to former standout Haley Adams to take over its softball team this spring and the former catcher is eager to find out just what her squad can accomplish.

It hasn’t been easy and time has been short, but the Huskies are making the most of their first season in two years.

“We are kind of in that rebuilding stage of the program,” Adams said. “At the beginning of the season, we were fighting to have just enough girls to form a team. For some of my returners, we are asking them to try a different position and role on the team. I am expecting to see a lot of growth from game one to game 22. We have a lot of athletic girls that are capable of big things in their careers.”

Missing a year of softball development, coupled with a new coaching staff, has provided the Huskies with even more challenges than most of their peers.

Adams has been pleased with her team’s approach to this unconventional season.

“With having no season last year and a new coaching staff, the girls have been asked to make huge adjustments,” Adams said. “The girls have made tremendous progress since the first day of practice. We have really broken down the game and worked hard on fundamentals. We will be working two pitchers most of the season, so we are really relying on our defense to keep us in games and win the close ones. The weather has been beautiful and we have been using that to our advantage. Overall, I think the girls are just happy to be back on the field again.”

For Adams, who is in her first role as a head coach, she started at square one.

“When we first got to know our athletes, we asked them where they played and where they were comfortable at,” she said. “We had a lot of middle infielders, so we moved some athletes around and took a lot of aspects of their game into consideration. Being from Cardinal, it was easy to see what types of potential these athletes had because I’ve had the opportunity to see them grow, so when I asked them to try something new, they understood that I had a lot of confidence in them and knew I had high expectations for them.”

Cardinal does return three starters, which has provided Adams with a solid starting point in developing a starting lineup.

Most important are team leaders Haley Domen and Ronee Collins. Domen returns at shortstop and likely will see time in the circle and Collins moved to third base from the middle of the infield.

“Haley has tremendous ability on any court, track, or field that she plays on. She is very athletic and can get to any ball. All-around, Haley is a smart player who understands the game,” Adams said. “Ronee has made a huge adjustment from mid-infield to third base. The coaches and I liked what we saw from her on day one of practice. Her mobility and quickness made it an easy transition for her.”

Doolittle is a senior in her first year of softball.

She’ll bring more athleticism and leadership to the squad.

“Although this is Bri’s first year playing softball, she has done an awesome job of perfecting the fundamentals,” Adams said. “She is the type of player who is the first person to get to practice and the last to leave. Whenever she makes a mistake, she hops back in line and asks for another ball. You can’t teach that in the game of softball. Bri just wants to get better and the coaches and I see that every day.”

Keller, a sophomore, was on the verge of joining the varsity squad last season before it was canceled.

“Hailey was ready to make noise in her freshman season. Unfortunately, due to COVID, none of us got to see that,” Adams said. “She is a staple at first base and can really hit for power at the plate. Like Bri, Keller just wants to get better. She holds herself to a very high standard and wants every ball hit to her. Her IQ of the game is one of the best on the team and the coaching staff knows that we will get nothing short of her best every night.”

Freshman Alaina Rupinski is slotted as the team’s starting pitcher.

“Adding a freshman pitcher will help and I’m excited to see what Alaina can do in her first season,” Adams said.

Most of the Huskies can play multiple positions and that’s going to be pay off as the team is faced with low numbers this season.

“It’s been a blessing and a curse for us with low numbers,” Adams said. “Although the girls can play multiple positions, we can’t afford to get injured or sick. We have to stay healthy. Also, with two young pitchers, when playing five or six games a week, they’re going to get tired and will have to pitch a lot of innings. Coach Megan Baril has been a huge help, endurance-wise, working and getting our pitchers ready for game one. “

Another key to success this season is each of the Cardinal players remaining focused on the next play.

“Our athletes have to have a short memory,” Adams said. “Our athletes are super coachable, but they mix up being coachable and being perfect. They want to make every play, hit every ball, and unfortunately, in the game of softball, that doesn’t always happen. We have to learn to be mentally tough and I think once we start games, our athletes will make that adjustment very quickly.”