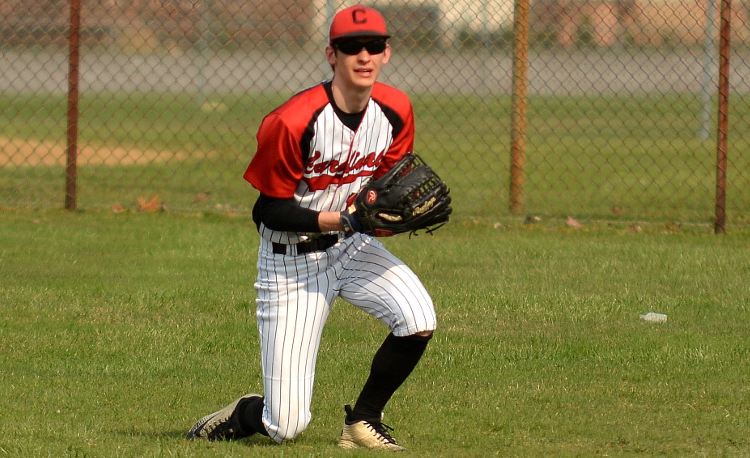 Cardinal swept a pair of games from visiting Richmond Heights on Saturday in the final tune-up for the Huskies before they open the postseason on Tuesday.

The Huskies won the first game 10-0 and then closed out the afternoon with a 13-0 win.

“It was a good day,” Cardinal coach Seth Klepper said. “We really played well. It was a different atmosphere. Everybody was really laid back and in the second game, the seniors picked the lineup and got everybody in the game in different positions. We had fun.”

Rob Granny and Dan Heredos teamed up to shut down Richmond Heights in the first game. Granny picked up the win after allowing just one hit and fanning four in two innings of work. Heredos pitched the last three innings. He also allowed one hit and struck out seven.

Jon Heredos and Isaiah Tucker combined to throw a no-hitter in the second game.

Heredos struck out 11 in four innings to pick up the win.

“He threw strikes,” Klepper said. “I told him to just go out and throw strikes and have fun out there and he did.”

Tucker struck out two in one inning of relief.

Kale Byler, Parker Campbell (2), Brandon Collins, Jon Heredos, Brice Hogue, Jerry Rose and Tucker each hit doubles for the Huskies, who improved to 9-8 on the year.