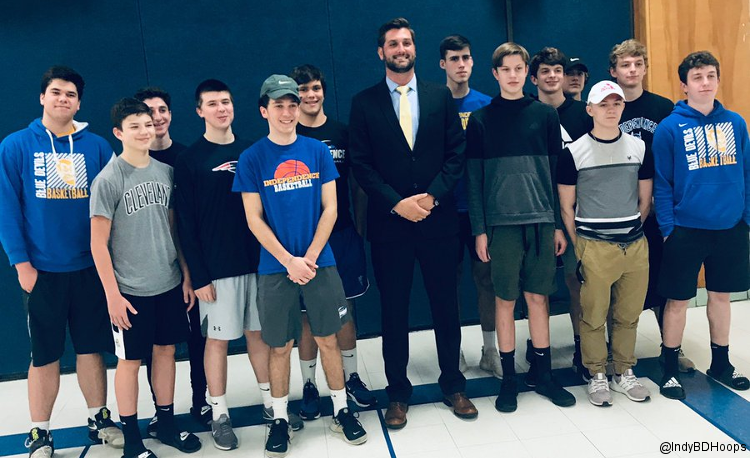 Johnson, who spent the past two years as a varsity assistant coach at Fairview, replaces Hugh McMahon, who stepped down at the end of the 2018-2019 season.

“I’m excited about the opportunity,” Johnson said. “In the interview process, I actually had an opportunity to run the kids through a 45-minute practice, which I thought was pretty unique. Right from the get-go, they’re fantastic kids who genuinely listened and worked hard and tried to do what you told them to do and, as a coach, that’s all you can ask for.”

Prior to his stint at Fairview, Johnson served as the freshman coach at Avon Lake.

The Elkhart, Ind., native brings with him to Independence an impressive resume.

As a high school player, Johnson led Jimtown High School to the 2004 Class 2A state championship. He averaged 14 points and seven rebounds for the Jimmies, who finished the year 25-2. He scored 21 points, pulled down 11 rebounds and added four assists and three blocked shots on the way to earning the state championship game’s MVP award.

Johnson holds the school record for field goal percentage in a single season (61-percent) and a career (57-percent).

After graduation, Johnson played at Grace College where he finished his career with 1,087 points, 552 rebounds and 206 assists.

As a head coach, Johnson hopes to mold the Blue Devils into a disciplined, hard-working team that will compete on a nightly basis.

“I think we’re going to be definitely a selfless, disciplined team that is going to work hard day in and day out,” he said. “I’m not going to promise you wins and losses but I promise that we’ll get better every day and the wins and losses will take care of themselves.”

Independence’s success will begin on the defensive end of the floor.

“You’ve got to play defense,” Johnson said. “When it comes down to it, when important games go on the line, you’ve got to be able to guard people. To me, that’s the most important thing. I think you need to be a disciplined team and you need to outwork your opponents.”

While defense is the key to success, Johnson knows his players will have to continue to work and play hard every day.

“Those are controllable things,” he said. “We always talk about things you can and can’t control. You can’t control if the shot is going to go in every night–you’re going to have good and bad shooting nights–but you’ve got to be able to hang your hat on the defensive end and hang your hat on other things you can control like being a selfless teammate.”

He hopes to finalize the staff in the near future.