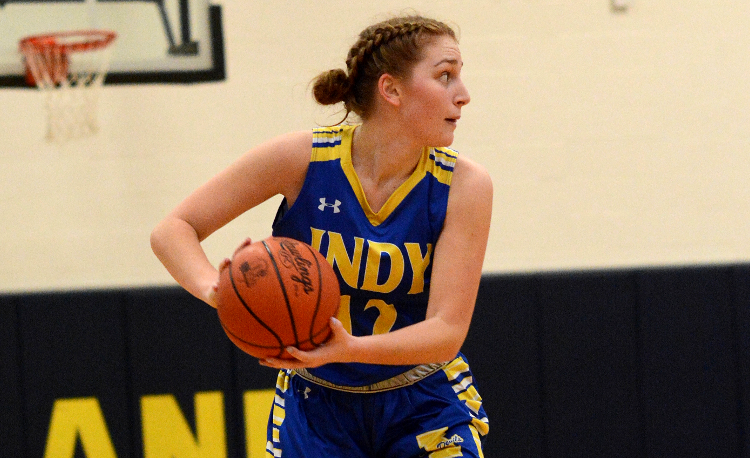 “I’m happy with the road win,” Independence coach Mike Marcinko said. “We have girls coming off of being sick or playing while sick so we got off to a slow start defensively but they girls tightened things up and defended better.”

Martin scored all 14 of Wickliffe’s first-quarter points then was held scoreless in the second quarter as Independence built a 36-20 halftime lead.

Martin went on to score seven of Wickliffe’s eight third-quarter points and she added 14 of 16 in the fourth quarter but Independence’s balanced scoring was enough to keep the host Blue Devils from making a comeback bid.

“By necessity and design, we subbed frequently and the points got spread around which was nice to see,” Marcinko said. “Riley was steady with 17 points and eight boards. Kaitlin Richards had 12 boards and Haylee Dmitruk had five assists and four steals. Erica kept her streak of hitting 3s going. It was a well-rounded offensive effort.”

Hannah Levon scored six points for Wickliffe and Bridgett Burkett and Georgia Zele finished with two and one point, respectively.

Independence improved to 13-2 overall and 9-0 in the Chagrin Valley Conference Valley Division while Wickliffe dropped to 2-12, 1-8.