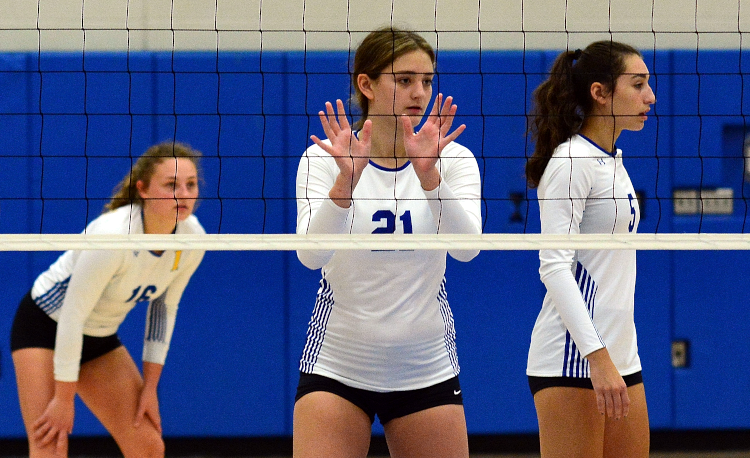 “It’s a huge honor to be recognized with such a great group of girls and to know that others think highly of me,” Smotek said. “Volleyball is a team sport and I just go into every practice and game with a mindset that I am going to get better every time I step on the court. I just want to thank my family and all of my past and current teammates and coaches that have pushed me to get me to this point in my career.”

As a senior, Smotek recorded a career-high 277 kills and now has 951 to her credit over that four-year span. This season, she also recorded career highs with 29 blocks, 222 digs and 12 assists.

She developed the same work effect she learned from the great players who preceded her.

“Each player that plays for Independence strives to be the best they can be and we are just happy that our talent is being recognized,” Smotek said. “Honors like these aren’t just given to you, they’re earned.”

“It is such an honor to be included among the best players in Ohio,” Avila said. “I have been lucky over the past three years to be surrounded by great teammates and I couldn’t have done it without their help. Now, I am just focused on having a good week of practice and bringing home a state championship.”

Earlier this season, Avila recorded the 2,000th assist of her career.

Despite her success, Avila isn’t satisfied.

“It inspires me to work harder next year to try and get first-team All-Ohio and lead my team to another great season and back to the Final Four,” she said.

“I am very surprised and humbled,” she said. “It certainly wasn’t something I was expecting. We have so many good players on our team that the recognition could truly have gone to so many of my teammates. I view it as recognition of our team accomplishments.”

Taliaferro learned a lot from her sister Katie, a 2020 Independence graduate. The two had hoped to win a state title together but came up on the short end of a five-set match in the state finals last fall.

Now, Taliaferro is focused on doing her best for her current teammates and those who came before her.

“My goal is to win a state championship,” she said. “My goal was to win one last year with my sister. She has inspired me to work hard, never give up, and always be a good teammate. I hope I can make her proud and get that state title.”

The Blue Devils will play Tuscarawas Valley in Thursday’s state semifinal round at Vandalia Butler High School in the Dayton area.

Independence defeated Tuscarawas Valley earlier this season, 3-0, but both teams have improved and playoff volleyball is very different than a typical Saturday morning match during the regular season.

The Blue Devils head into the Final Four with a lot of confidence but they’re also cautiously optimistic. No team can be taken lightly, especially with their season, and their dream, hanging in the balance.

“This is exactly how I was hoping for the season to end,” Smotek said of the Final Four run. “We are right where we want to be. It is sad that our season is coming to a close this weekend, but I am very excited to get a chance to end it on a high note.”