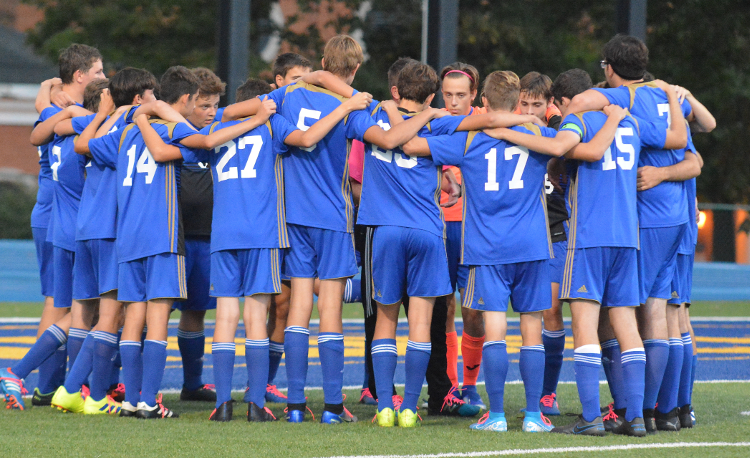 Independence closed out the conference portion of its schedule with a 9-1 win over visiting Trinity on Tuesday.

With the win, the Blue Devils improved to 10-1-1 overall and 6-0 in the Chagrin Valley Conference Metro Division and clinched their fifth straight league title.

“I’m really proud of this group for winning their own league title this year and our fifth consecutive,” Independence coach Ryan MacRaild said. “It’s easy to look back at some of the great groups of graduating classes; each year it seems like there is no way we can replace the talent that graduates. Even last year, but when you lose a class that includes so many solid players with great experience, state rankings, an Elite 8 appearance, including a two-time All-Ohio player, it’s great to see the boys take ownership of this season, make it their own and do it themselves.”

For Straub, McGreal, Bernstein and Senick, the goals were the first of their varsity careers.

Elek McDonald and Danny Mewhinney recorded assists and Ethan Manelski and Mewhinney both recorded a save. Mewhinney’s came off a penalty kick try.

The Blue Devils host Streetsboro on Thursday in the first of four non-conference games to close out the regular season.

MacRaild was excited to win another league title but the tradition and standards of the program that mean the most.

“I hope we have built a tradition of excellence here that our athletes can look back on and say, ‘I was a part of that,’” MacRaild said. “So many alumni have come back to celebrate subsequent seasons or reached out electronically just to congratulate the current group. It shows how much pride these boys have in what they have accomplished. It’s something each group works hard to build upon and this year was no different. They set the goal every year to win our league, district and beyond. I can’t wait to see what the rest of the year brings for the boys.”