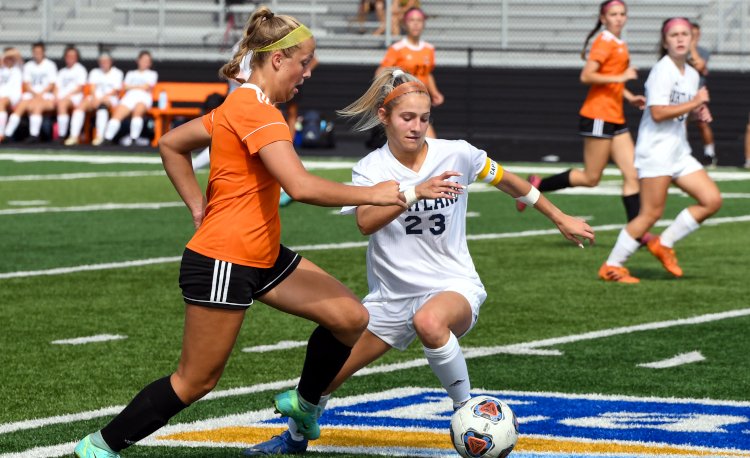 Kirtland senior Erika Zschuppe locked in her college choice over the weekend when she announced her commitment to continue her education and soccer career at Florida Gulf Coast University.

Zschuppe, the reigning Ohio Division III Player of the Year, visited the school during a national tournament her club team participated in and again earlier this month before choosing the school.

“It’s so exciting and relieving to finally have the opportunity to commit,” she said. “FGCU started recruiting me at the end of June during the National tournament. I visited after the tournament and again for Labor Day weekend. I loved everything, especially all the greenery and the new soccer field.”

FGCU recruited the dangerous striker as a forward and she’s looking forward to the opportunity to compete at the next level.

“The coach wants me to play forward and I feel like I’ll fit perfectly into that role just because I’ve been playing there my entire life,” she said.

She entered the year with 272 points on 122 goals and 28 assists. In five games this season, Zschuppe already has scored 32 points on 14 goals and four assists and has now moved into a tie for third in career assists.

“When Erika was in third grade, she showed up with her older sister Anna for a workout and to play soccer. I knew at that moment, she would be a special player,” said Kirtland coach Ed Bradac. “The Kirtland women’s soccer team does not win the 2020 state championship without her on the field. She can do things that no other player I have coached can do, and by combining her unique skills with the group of amazing players from last year’s team, we are able to win our first state championship in any women’s sport here at Kirtland.”

With Zschuppe on the roster, the Hornets are 56-9-3 with three state Final Four appearances, one state runner-up finish, and the state title.

She hopes the younger Hornets have learned a lot from her about how to play the game and to compete at a high level on a consistent basis.

“Before my high school career is over, I hope to lead by example so that the younger girls see how fun it truly is,” she said.