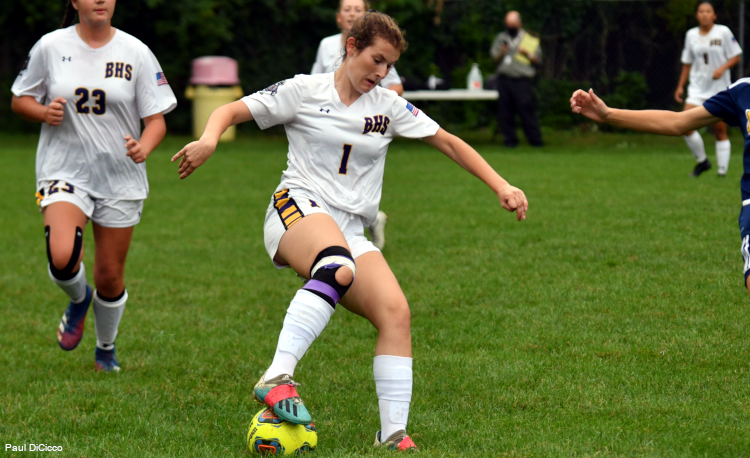 A late goal lifted Berkshire to a 3-2 non-conference win over visiting Brush on Thursday.

As they have many times this season, the Badgers took an early lead but couldn’t hold it. This time, though, after allowing the equalizer, Berkshire managed to respond with a third goal to seal the win.

“We’ve given up the lead four times this year including tonight, but this time we managed to find the back of the net on a late header from Summer Larch assisted from a wide area by Allie Barcikoski to ultimately win the game 3-2,” Berkshire coach Ian Patterson said. “All three of our top scorers really took charge tonight and got the job done for us.”

Barcikoski also scored a goal to go along with her game-winning assist.

Larch, who scored the game-winner, added an assist and Brooke Ruchalski scored and assisted on another goal.

“It seems we give up two goals every night lately in some way or another,” Patterson said. “Another late opponent set-piece goal tied the game at two, this time coming from a free-kick just outside the box. The resilient Brush team we played tonight had an answer shortly after we scored each of the first two goals.”

Though it doesn’t show up in the box score, Berkshire’s midfield gets a lot of the credit for the win.

“Freshman Evania McCandless and senior Courtney Czekaj dominated the midfield tonight and consistently found each other’s feet, stringing together many passes that ultimately generated the majority of our offense,” Patterson said.