League championship races near their end 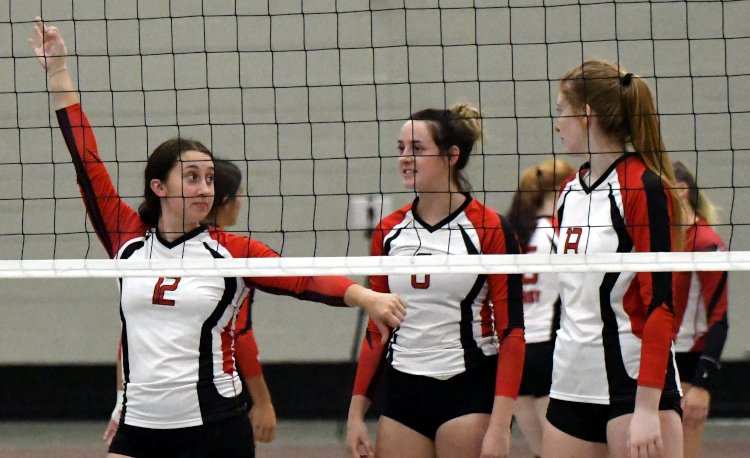 As the regular season winds down, the Chagrin Valley Conference championship races also are nearing their end.

Several division champions already have been determined—with golf and tennis winners earning their titles at the league tournaments—while the rest of the division championship races should be settled in the coming week.

Here’s a look at each of the division races by sport:

The CVC championships will be held on Saturday at the Perry Outdoor YMCA.

Kirtland is in the driver’s seat with a 5-0 league record and wins over the teams tied for second with 4-1 records, Perry and West Geauga. The Hornets close out the season with games against Edgewood and Orange, who are a combined 1-9 in league play. Perry plays Geneva in Week 9 and closes out the regular season at West Geauga, which means either the Pirates are Wolverines will have at least two league losses. West Geauga hosts Chagrin Falls in Week 9. Due to league rules deciding ties in the standings by head-to-head results, Kirtland needs just one win to clinch the Chagrin Division title.

The Metro Division championship will be decided on Friday as Lutheran West (4-0) visits Independence (3-0). The winner of that game takes home the division title as Lutheran West concludes its league schedule at Independence and Independence closes out its league slate the following week at home against Brooklyn. Should the Blue Devils beat the Longhorns, they could then lose to the Hurricanes and still win the division title thanks to the head-to-head tie-breaker rule.

The Valley Division is wide open, and by wide open that means even 0-3 Grand Valley has an outside chance of claiming the division title. Berkshire and Crestwood have the most direct pats to winning the division title, but we likely won’t have an answer on this one until about 10:30 p.m. on Friday, Oct. 22. The Badgers are 3-1 with road games remaining at Beachwood (0-2) and Cardinal (3-2). Should the Badgers finish 5-1, they’ll need to root for Crestwood (2-1) to lose one of its remaining two road games at Grand Valley (0-3) and Hawken (2-1). Hawken also has a legitimate shot at the title with home games remaining against Harvey (2-2) and Crestwood.

Cardinal has just one remaining league game left to play—a home contest against Berkshire in Week 10. Should the Huskies win that game, they’ll finish league play at 4-2. Berkshire would be at best 4-2 with a loss to Cardinal. The Huskies would win the tie-breaker against the Badgers then need Crestwood to drop both games and finish league play at 2-3 (at 2-2, the Red Devils would win the tie-breaker over the Huskies via their win last week).

Beachwood and Grand Valley both have to win out to have any chance at the league title. Even so, they’ll need a lot of other things to happen (including three of the top teams in the division losing their remaining games), so while it’s possible, the likely scenario comes down to a three-team race between Berkshire, Crestwood, and Hawken.

Then there’s the matter of the schedule inequality as some teams had games canceled, thereby reducing the number of league games they’ll play. That issue may work itself out if Berkshire wins out and Crestwood loses a game. Otherwise, the athletic directors will have a decision to make to iron out the wrinkles in the Valley Division.

Hawken claimed the division title with a perfect 5-0 record.

Beachwood ran the table to win the division title with a 6-0 record.

Kirtland finished league play at 7-0 to win the division title.

Chagrin Falls finished league play 3-0-1 with a tie against West Geauga, who currently is 1-0-2 with a game remaining against Hawken. The Tigers will finish with a better winning percentage and have clinched the Chagrin Division title.

Berkshire won the division with a 6-0-1 record.

Perry won the division title with a 6-0 record.

West Geauga (10-2) won the division thanks to an 8-0 mark in divisional play and a 2-2 record in crossover matches.

Perry is 10-1 while Geneva is 9-2. The Pirates and Eagles split their season series and both teams have two league matches remaining. The Pirates can lock up the division title with a win and a Geneva loss or two wins over Edgewood and Beachwood, both on the road. Geneva must beat both Edgewood and Orange and root for a Perry loss to split the title. To win it outright, the Eagles have to win both remaining matches and hope for Perry to drop both of its remaining contests.

Kirtland (9-0) clinched the division title with its win at Cardinal on Thursday.