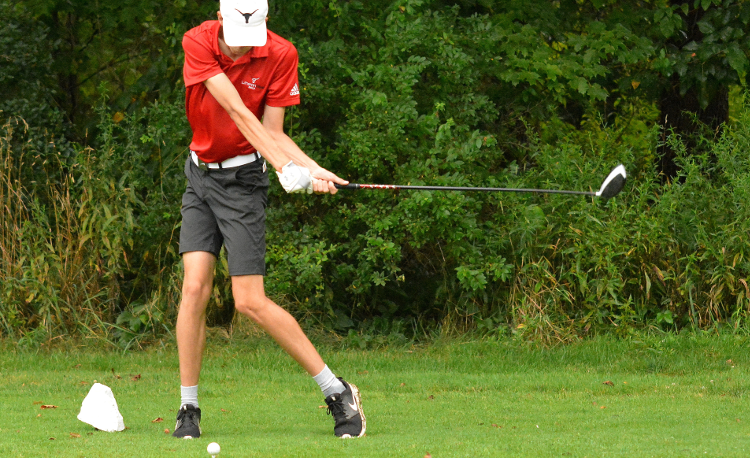 Jakob Gross won his third straight medalist honor in leading Lutheran West to a 169-200 win at Cuyahoga Heights on Wednesday.

Gross recorded a pair of birdies on the way to an even-par 36.

D.J. Robinson shot a 41, Daniel Dinardo carded a 44 and Eric Dill closed out Lutheran West’s scoring with a 48.

“The Longhorn team play today with a great deal of confidence,” Lutheran West coach Dale Lehrke said. “They were having fun playing this great game. The scores showed that they were playing smart. We had four guys score under 49. That is a solid performance.”

Lutheran West got off to a great start with four golfers scoring a bogey or better on their first four holes and three recorded a birdie early in the round.

“The season conference finale is (Sept. 17) against a good Beachwood team,” Lehrke said. “The Longhorns will try to avenge a 7-stroke loss earlier in the week.”