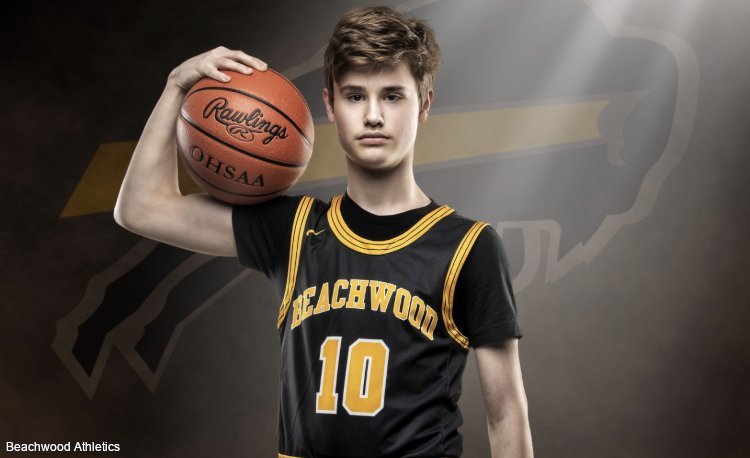 Nate Lurie scored a game-high 30 points in Beachwood’s 71-48 win over visiting Chagrin Falls on Tuesday in a battle of two of the Chagrin Valley Conference Chagrin Division’s top teams.

Lurie drained five 3-pointers and also attacked the hoop while distributing the basketball to his teammates.

Not only did Lurie score a lot of points, but Beachwood coach David Krasnow also emphasized that Lurie’s all-around offensive and defensive performance was crucial in the victory over the Tigers.

“This guy here was pretty special today,” Krasnow said. “He always gets the points, but the assists and what he did on all sides of the ball was great.”

In complimenting Lurie’s excellent offensive and defensive performance, coach Krasnow quipped that Lurie, “did everything but sell the tickets and work at the concession stand tonight.”

In addition to Lurie leading the way, Max and Noah Page both had nine points, while Michael Keselman added six points, and Mar’Quis Pinkney finished with five points to lead the Bison.

“It was a kind of back-and-forth game most of the way,” Krasnow said. “Then all of the sudden, you look up, and midway through the fourth quarter we go on a nice little run and open up what otherwise, was a pretty tight game.”

Krasnow emphasized to his players the importance of remaining focused on the next game, rather than what happened in the past.

“I told them yesterday, let’s focus on this (game), we can’t go back to those games,” he said. “One at a time, and let’s get better, and let’s play the game the right way.”

The Bison host Eastlake North on Saturday while the Tigers host Edgewood on Friday.