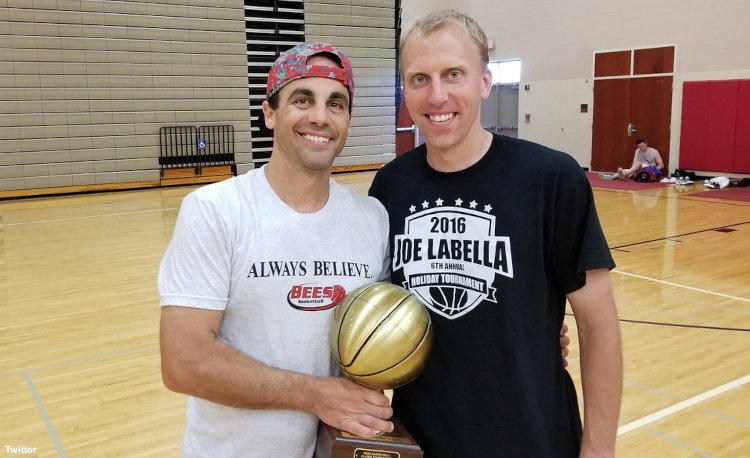 Three Cuyahoga Heights players scored in double figures in a 56-45 season-opening win at Berkshire on Wednesday.

Dominic Belko led Heights with 18 points while Nate Biggers and Bralyan McClardy finished with 16 and 14, respectively.

With the victory, Heights head coach Mike Tartara became the school’s all-time leader in career wins. Tartara collected win No. 181 on Wednesday, passing up Bob Coy, who had 180 wins from 1964-1981.

Tartara and assistant coach Matt Streicher have coached together at Heights for 16 seasons.

“At this point, 16 years later, I’ve literally coached hundreds of kids from Cuyahoga Heights and every single person that has ever played for myself or Coach Streicher has a part in this milestone. It has very little to do with me.”

Cuyahoga Heights has developed a winning culture over the years and Tartara capitalized on that.

“We have all those boys that play football and go to the playoffs and the state finals and tough it out and then cover over to us after playing a full season for Coach (Al) Martin. That’s the kind of company that I have around me,” Tartara said. “It’s all these coaches that have had success and taught me like Coach (Joe) LaBella, who hired me and helped me throughout the process molding the program and helping us out. We have an alumni game and that’s one of our favorite days of the year because dozens of kids come back and play and it’s just hilarious. They love the game and they all were a part of it along the way.”

Tartara passing Coy for the most wins in school history could be considered a destiny of sorts.

The two have followed similar paths in life.

Coy attended Salem High School, the same school Tartara’s mother graduated from. Coy then moved to Brecksville, where Tartara grew up, and both ended up coaching at Cuyahoga Heights. Coy spent 17 years at the school while Tartara is in his 16th season.

Tartara was so inspired by Coy’s success that he tried to get the former coach to speak to his players on several occasions.

“We tried and tried to get him to come in and meet with the kids but he was such a devoted husband and his wife was going through Cancer,” Tartara said. “He said, ‘Mike, I’d love to come in but I have to be home with my wife.’ When she passed, we tried again and then the COVID stuff hit and he passed away.”

Despite falling short in his bid to have Coy speak to his players, Tartara credits the former coach for much of the school’s current success.

“One of the things that I always said to people when I got here is that I want to make sure that Bob Coy is always mentioned,” Tartara said. “To have my name and Streicher’s name next to his is, I think, an important factor.”

Tartara’s path to 181 career wins had several twists and turns.

There were great comebacks, dominating victories, nail-biters, and even a big loss that turned into the only shutout on Tartara’s resume.

“The first year we coached, we won just one game and then there was the forfeit,” Tartara said. “We lost that game by like 52 points but they use an ineligible player, so we ended up winning 2-0. Streicher was like, ‘You didn’t win that game but someday this win is going to matter. Today is that day.”