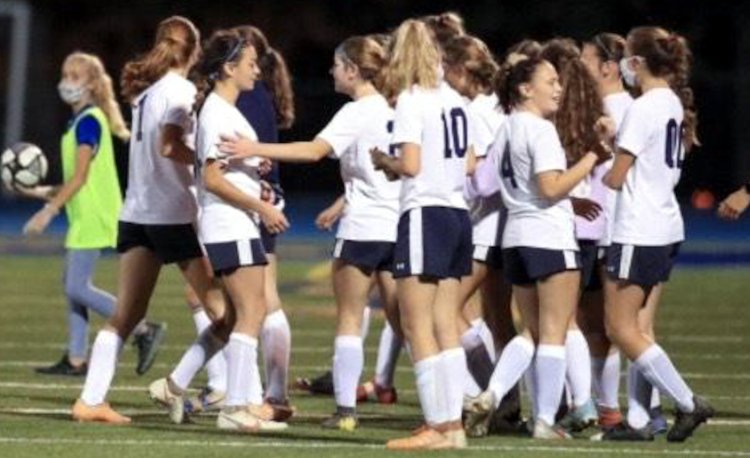 Wickliffe’s lineup is going to have a different look to it this fall as the Blue Devils return just four starters and have a host of new players on the roster.

Despite the turnover, head coach Steve Gribovicz is confident the Blue Devils will remain competitive this fall.

“We have graduated 15 multi-year starters the past two seasons, including seven this previous year, and have already dealt with some injuries to others this summer,” said Gribovicz, who is in his 13th season with the program. “We have 13 new faces on the team, including 12 ninth-graders, this year that will provide a new look to the team. I am proud of how the returning players are providing a lot of leadership and helping to prepare everyone for the season ahead.”

The downside to the roster turnover is the limited amount of varsity experience the Blue Devils return. But, there’s an upside too.

“This season is all about opportunity,” Gribovicz said. “The team has taken each opportunity this spring and summer to gain experience to prepare themselves for the season. The athletes have developed quickly and will continue to grow within the program. This team understands the winning culture of the program and strives each day to make their own impact with their opportunity.”

Wickliffe finished the 2020 season with an 11-7-1 record overall and a 4-1-1 mark in the Chagrin Valley Conference Metro Division.

Gribovicz expects some growing pains this season, however, he has been impressed with his team’s offseason preparation.

“Success can be measured in a number of ways,” he said. “I feel we will be looking at a variety of things to determine whether the season was successful. I can tell you that this team has already met the summer success by being devoted to their training and the effort they put in throughout the summer.”

The Blue Devils will rely on their most experienced players, especially early in the season, to set the tone and provide the necessary leadership for the newcomers.

“Emily is a leader in our defensive line. She has shown tremendous ability to adapt to situations as she enters her third year as a starter,” Gribovicz said. “Katrina is a very technical defender. Her confidence has grown each year at the position and she has been showing promising signs as she steps into a larger role this season.”

Up top, junior Clare Andrykovitch returns at forward. She scored one goal with one assist last season.

“Clare is a versatile player and plays with a motor on the field that does not stop,” Gribovicz said. “She is one of the hardest workers on the team and plays with that same passion.”

Two sophomores are projected to start in the midfield.

“Eliza is showing great signs of improvement off of her impressive ninth-grade season. She will be asked to carry the offensive load a bit more as she is the only returning offensive starter from last season. Eliza has been showing that she is ready to take on that challenge going into the season,” Gribovicz said. “Annabella has great vision on the field and can locate open targets with precise passes. She will be an instrumental piece in our build-up this season with her ability to play a variety of positions in our system.”

The rest of Wickliffe’s lineup is a work in progress.

“The players are eager and quick learners,” Gribovicz said. “I feel this will play a major role this season as the collective whole may not have as much experience as opponents that we face. However, the willingness of our athletes to ask questions and gain knowledge is one way that they have already begun to offset that task.”