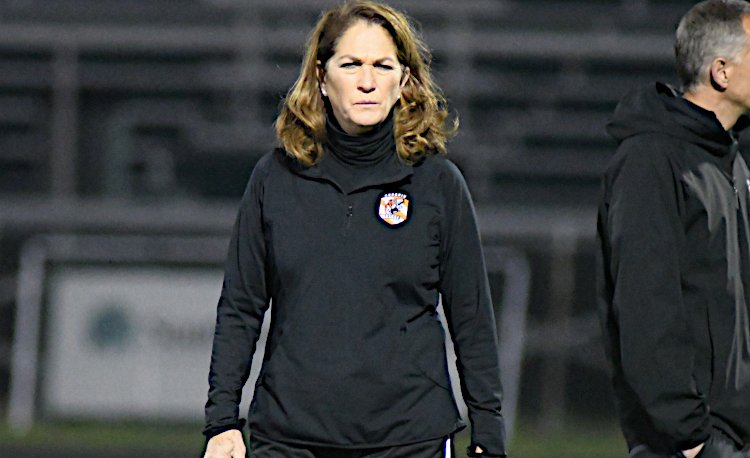 Chagrin Falls girls’ soccer coach added another accolade on Friday as she was named the United Soccer Coaches Association National Coach of the Year.

Malone will be presented with the award during the USCA annual convention in Kansas City, Mo., on Friday, Jan. 21, 2022.

After leading the Tigers to an 18-3-2 record in 2021, Malone and co-head coach Joe Ciuni both were named Chagrin Valley Conference Chagrin Division Coaches of the Year. Malone also earned Greater Cleveland, Ohio, and regional Coach of the Year honors.

“Pamela has been such an asset to our athletic department,” said Chagrin Falls athletic director Charlie Barch. “She is obviously a terrific coach, but she is a great mentor to other coaches, and builds great relationships with her players. The coaches and officials in the area respect her and always know her teams will be prepared for every contest. She is very deserving of all the accolades she has received and I am glad she is being recognized.”

Malone, who is the winningest female high school soccer coach in Ohio history, led the Tigers to league, district, regional, and state titles this season.

The state title was her second as she previously led the Tigers to the 1996 crown.

Malone, who announced her retirement from coaching, finished her career at Chagrin Falls with a record of 398-141-59.