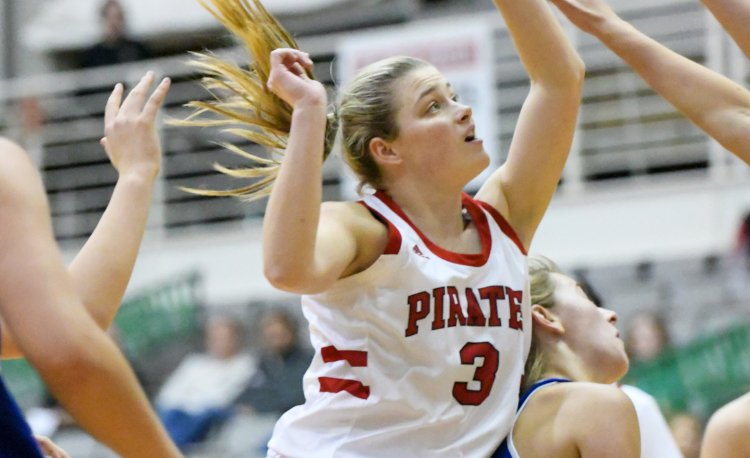 Perry was held under 50 points for the first time this season but the Pirates still managed to pull out a 40-21 win at Chagrin Falls on Friday.

The Pirates found themselves in early foul trouble but overcame that challenge in improving to 3-0 on the season.

“Today was a hard-fought win,” said Perry coach Roy Infalvi, Jr. “It definitely wasn’t our best game but we were able to overcome some rough shooting and some foul trouble and pull off a road win against a very well-coached and hard-playing Chagrin team. I give Chagrin credit; they played hard and got after rebounds and loose balls.”

Perry led just 5-3 after the first quarter before outscoring the Tigers in the second, 12-7.

Sophia Makad scored all five of her points in that second-quarter run and Margeaux Jean added four of her seven as the Pirates took a 17-10 lead into the break.

JaC’ana Anderson, sidelined by early foul trouble, and Grace McKoon led the Pirates in the second half.

Anderson scored nine of her 11 in the final 16 minutes and McKoon scored all eight of her points in the fourth as the Pirates held off the Tigers.

“I think our depth really stood out today,” Infalvi said. “We had great contributions by Grace McKoon, who scored all eight of her points in the first few minutes of the fourth quarter sparking a big run and allowing us to pull away. Sophia Makad played very well and played a huge role in both halves. Gigi Vicini continued to be a defensive standout for us and really set the tone for another good defensive night for us.”

Rylee Hodge contributed to the win with five points and Gigi Vicini and Marcela Rodriguez each scored two.

“I was really proud of our effort tonight and on a night when shots did not fall, we were able to overcome and pull out a victory,” Infalvi said.