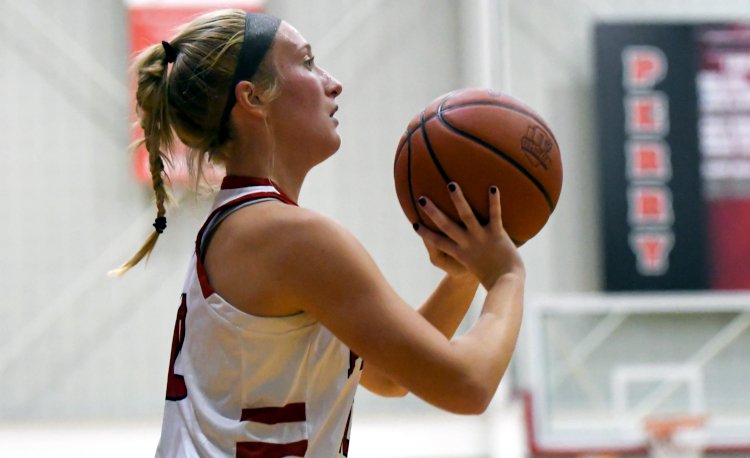 Marcela Rodriguez scored a game-high 14 points in Perry’s 54-32 win at Geneva on Tuesday.

With the victory, the Pirates improved to 4-0 overall and 1-0 in the Chagrin Valley Conference Lake Division. Perry has now won 15 straight league games.

“They did a pretty good job early of keeping a lot of pressure on us and I thought we missed some easy stuff that we should make and that kind of kept the game a little bit closer early on,” said Perry coach Roy Infalvi, Jr. “But, I thought our defense and transition scoring really made a difference.”

“I didn’t think our half-court offensive flow was very good,” Infalvi said. “We had some good looks but it just wasn’t clicking. We got a lot of points off our defense and transition and that made a big difference.”