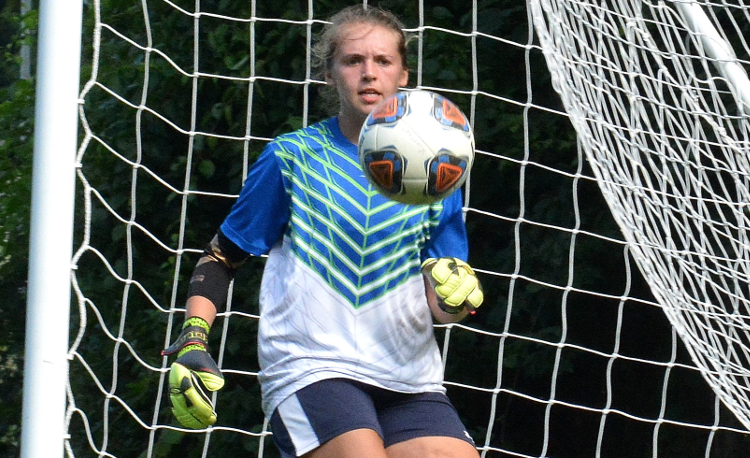 With a 3-2 shootout win at Elyria Catholic, Wickliffe’s girls’ soccer team advanced to the Division III district championship game for the first time in school history.

“I’m very proud of this effort tonight,” Wickliffe coach Steve Gribovicz said. “These girls have all put in the work this whole season to be a part of our furthest playoff run in program history while hitting double-digit wins in the process. I’m excited to see what they have in store for Thursday in the district final against another formidable opponent.”

The Blue Devils, who improved to 10-4-4 on the year, will play Chagrin Valley Conference rival Independence in a district final on Thursday at Strongsville High School.

No. 3 Wickliffe and No. 2 Elyria Catholic battled to a 0-0 draw after regulation. That didn’t change after two overtime periods but Wickliffe began pulling the momentum its way early in the penalty kick shootout.

“We had many big defensive plays and saves that took away potential goals,” Gribovicz said. “However, the momentum was changed on our first PK and third PK in the shootout when we took leads going second.”

Camryn Klein, Ana Stjepanovic and Caitlyn Henderson all converted their PK tries and Kaylee Lauriel added a save to give her 21 for the game.

“It was an amazing game by both sides,” Gribovicz said. “I thought we were very resilient tonight. We didn’t let the pressure get to us and played our game and came through clutch in the shootout, both keeper and shooters.”