Trinity eager to compete in CVC 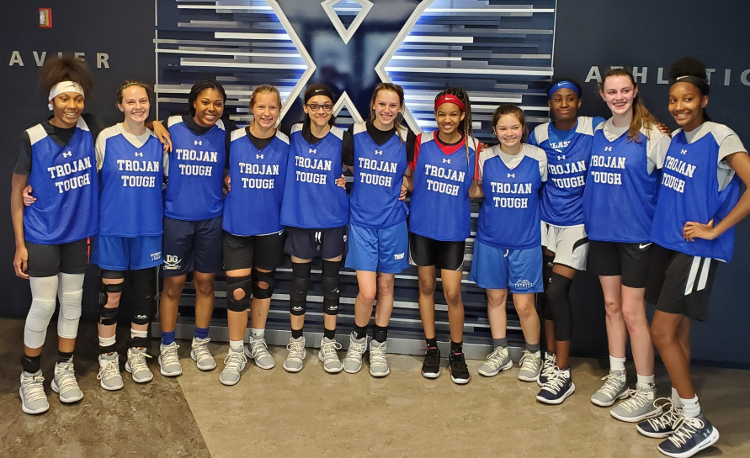 The Trojans also added a pair of quality transfers and several talented freshmen to bolster the lineup.

“As the season goes, the better we will get as a team,” said fifth-year Trinity coach Kevin McNamara, who is 49-37 in his time at the school. “With two transfers playing significant roles along with a freshman, every day we will get better.”

Trinity is deeper and more athletic than in years past. They also have size with three players over 6-feet tall.

Ibos is a 5-foot-8 junior guard who averaged 11.6 points per game last season on the way to being named team co-MVP.

“The pride of our team,” McNamara said of Ibos. “A fierce competitor who sets an example of how to work hard each day.”

Irving is a 5-foot-8 sophomore guard who averaged 13 points per game and shared the team’s MVP award with Ibos.

“Fantastic athlete who can do multiple things on both ends of the floor,” McNamara said.

“Nina manages to get better every year,” McNamara said. “(She is) long and can run; defensively, gets in the lane and deflects.”

Sophomore Mauria Stanley is expected to start after transferring from Kenston. The 6-foot-2 wing is a sharpshooter from behind the 3-point arc.

Rounding out the projected starting lineup is freshman Janyah Bohanon, a 6-foot wing.

“Incredible talent who as she gets comfortable will be as good as they get,” McNamara said. “(She) has a Division I offer prior to playing high school.”