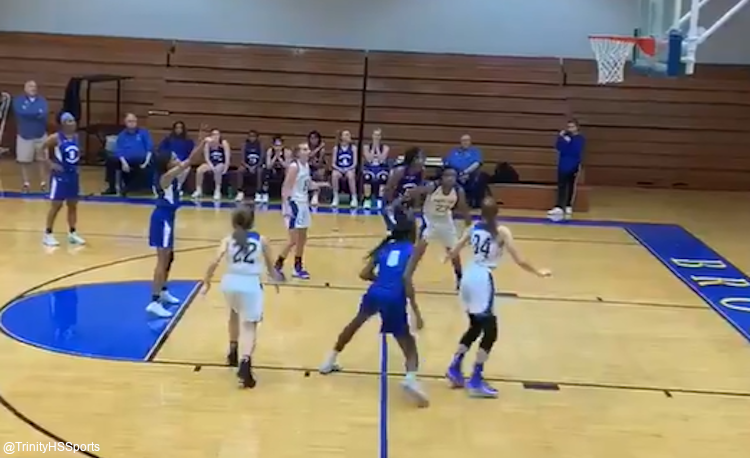 Trinity junior Jaida Malone converted a memorable and-one during the Trojans’ win over Brooklyn on Wednesday.

With the free throw, Malone scored the 1,000th point of her career and quickly emerged as one of the team’s leaders on and off the court.

“She has brought an energy and presence, which has forced the team to compete,” Trinity coach Kevin McNamara said. “She is liked by her teammates and classmates at Trinity. The team responded by looking for her as she is a natural scorer.”

Malone, who transferred from East Tech this year, scored 391 points as a freshman and 440 points as a sophomore. She currently is at 171 points and counting this season.

“She reads the defense very well as she gets about three steals a game,” McNamara said. “She also has incredible speed. She gets ahead of the defense and if you’re even with her, you’ve already lost the race.”

Due to the OHSAA transfer rules, Malone will sit out the second half of the season but she won’t give up her role as a team leader.

“She will embrace her in role in getting our team ready for the second half of the season as now she must sit,” McNamara said. “She will dedicate herself to making everyone around her better.”