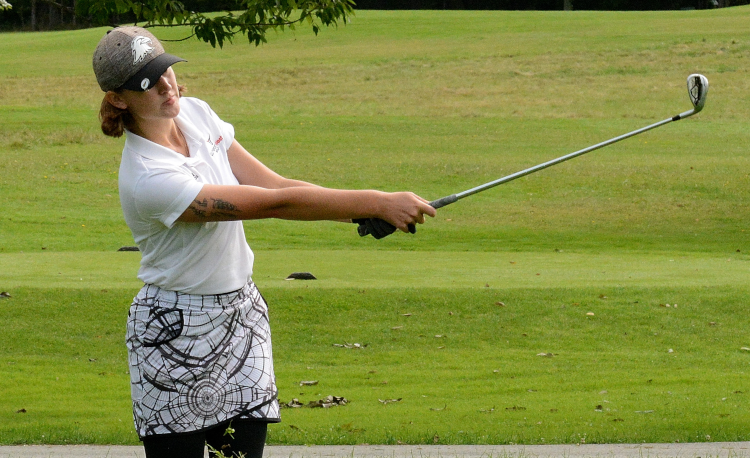 Lutheran West senior Sam Webb carded an 80 to win a share of the Division II sectional title at The Pines Golf Club in Orrville on Monday.

Webb, who shot a 39 on the front nine and a 41 on the back, led the Longhorns to a second-place finish as a team.

“When I first saw the results, I was shocked,” Webb said. “I was happy to see I had finished well in the field. I was surprised to see that I had tied for first with how I played today.”

Junior Callie Wabeke shot a solid 84 to finish third overall, senior Nadia Kauntz finished with a 50 and sophomore Julia Colton rounded out the scoring with a 104.

Junior Ella Walden shot a 117 for the Longhorns.

Webb kicked off her final postseason with a strong outing but she knows she’ll need to continue to improve if she hopes to return to the state tournament. She placed 18th in 2018.

“I am not overly upset with how I played because the conditions were a little rough,” she said. “That being said, I am not really happy about it either. I had a few mistakes that were kind of dumb but I also had some real good shots. It seemed as though everything was a little off today. Heck, I hit my first tee shot on No. 1 out of bounds, but I think I made a nice recovery and bounced back. Overall, I can’t complain about what I finished with.”

Webb is looking forward to next week’s district tournament at Sable Creek.

“I am not too worried about the competition next week because I know that today I could have easily been six strokes better just from putting,” she said. “I also know what I need to work on this week to be prepared. Not to mention, I like playing with tougher competition anyway.”