Week 10: Playoff spots on the line 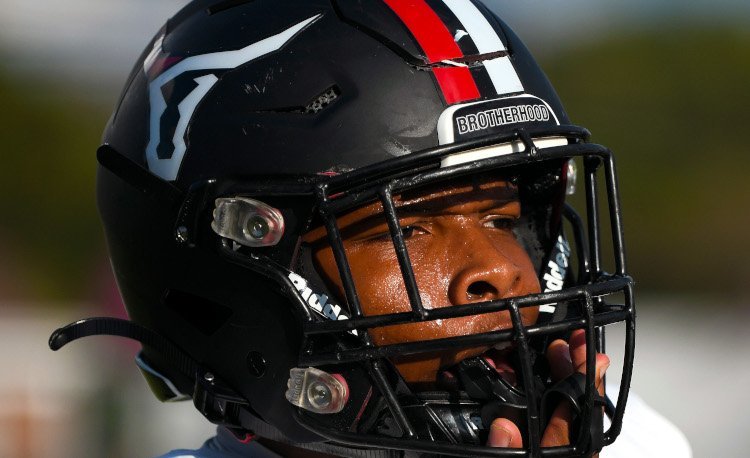 With the final week of the regular season upon us, Week 10 is a big week for several Chagrin Valley Conference teams who hope to qualify for the postseason.

To do so, a team must finish among the top 16 in their respective regions.

Here’s a look at how each of the 21 CVC teams stand heading into Week 10:

Lakeside (6-3) hosts Edgewood (5-4) with its playoff hopes on the line. The Dragons currently sit in 15th place. With a win, the Dragons could finish as high as seventh, but still need some help to earn a spot among the top 16. A loss would leave the Dragons anywhere between 12th and bumped from the postseason.

There are only five teams below the Dragons with a chance to clinch a playoff berth. Among those five, three are matched up against 8-1 teams this week while another will play a 7-1 team.

Geneva, Hawken, and Harvey remain in the hunt for a playoff berth.

The Eagles (6-3) sit in 10th place with a home game against 4-5 Chagrin Falls on the docket for Week 10. A win would lock up a playoff berth somewhere in the 5-15 range. A loss would leave the Eagles seeking help but Geneva could finish anywhere between seventh and out of the playoff picture.

Hawken (7-2) is currently 12th with a road trip at 4-5 Crestwood the only thing in between the Hawks and a playoff berth. A win would situate the Hawks as the fifth through 15th seed while a loss could end their season. But, a loss isn’t the end of the road for the Hawks as they could still finish as high as seventh, but they also could find themselves on the outside looking in.

Harvey (5-4) faces a must-win situation against visiting Lutheran West (8-1) on Friday. The Red Raiders are currently 17th but could finish as high as seventh with a win. Even with a win, the Red Raiders aren’t guaranteed a postseason berth, but it beats the alternative as a loss ends their season.

West Geauga (2-7) has been mathematically eliminated from postseason contention.

Lutheran West (8-1) enters its Week 10 matchup at Harvey (5-4) with less pressure than most teams as the Longhorns already have clinched a playoff berth. A win would position the Longhorns anywhere between fourth and ninth while a loss would leave them between eighth and 12th.

Edgewood (6-4) travels to 6-3 Lakeside with its playoff hopes on the line. The Warriors currently are 15th but could finish as high as sixth with a win. They could still qualify for the playoffs with a loss but they’d be ranked anywhere between 11th and out. Win and they’re in.

Perry (7-2) already has clinched a home playoff game so the Pirates are looking for a win over visiting West Geauga (2-7) to seal either the second or third seed. A loss could drop the Pirates as low as fourth.

Berkshire (6-3) also has clinched but a home game is on the line when they host 5-4 Cardinal in a rivalry game on Friday. The Badgers, who are currently ninth, would finish between fifth and 10th with a win and seventh-14th with a loss.

Chagrin Falls (4-5) can help its cause with a win at 6-3 Geneva on Friday. The Tigers currently sit at 17th and need some help to get into the playoffs. The Tigers could finish as high as 11th with a win, but also could find themselves on the outside looking in depending on what happens with the rest of the region. A loss would leave the Tigers with either the 16th seed or the end of their season, depending on the results within the region.

Beachwood (2-7) and Wickliffe (1-8) have been mathematically eliminated.

Kirtland (9-0) clinched the No. 1 seed in the region regardless of what happens on Friday against visiting Orange (0-9).

Cuyahoga Heights (6-2) and Cardinal (5-4) also have clinched playoff berths and will find out what seed they earned based on Week 10’s results.

The Red Wolves currently sit in sixth place. A win at 1-8 Wickliffe on Friday would leave them between fifth and ninth, while a loss would drop them to sixth through 10th.

With a win at 6-3 Berkshire on Friday, Cardinal could move from 11th all the way up to sixth. A loss would leave them situated between 10th and 14th.

Trinity, who is currently 12th, hosts Western Reserve (5-4). The Trojans could finish between 11th and 14th with a win and 12th to out with a loss.

Independence, who is currently 17th, travels to Brooklyn (20th) on Friday. An Independence win would leave the Blue Devils seeded as the 13th – 16th seed or out of the playoffs, depending on what happens within the region in Week 10. A loss ends Independence’s season.

Brooklyn is in the same position. A win could leave them ranked as high as 13th or on the outside looking in, and a loss ends the Hurricanes’ season.

All projections are from JoeEitel.com.