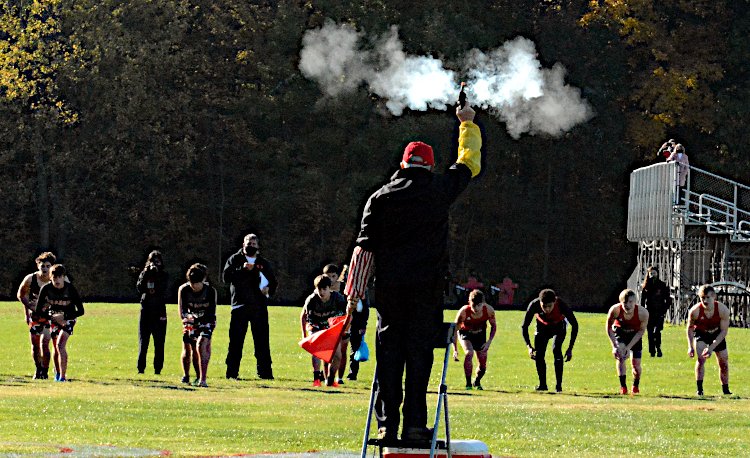 The Wolverines scored 23 points to beat second-place Riverside, who finished with 66 points. Orange was third with 100, Beachwood was fourth with 106, and Crestwood rounded out the top five with 179 points.

Daniel Kearns and Matt Dienes finished first and second for the Wolverines with times of 15:29 and 15:48, respectively. Orange’s Brian Gent placed third in 15:57, Grand Valley’s David Steimle was fourth in 16:23, and West Geauga’s Chris Whiting also finished among the top 5 with a time of 16:31.

Kirtland was the top CVC finisher in the girls’ race as the Hornets finished fourth with 146 points. Crestwood earned a top-five finish with 153 points.