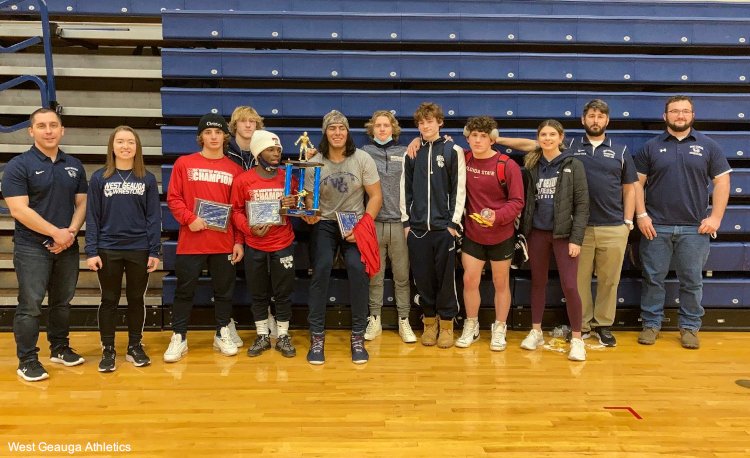 Six Wolverines were among the 21 wrestlers from the Chagrin Valley Conference who earned a spot among the top eight in their respective weight classes.

Ty Boze, Jack Sparent, and Lucas Sadler all won their respective weight classes for the Wolverines while Justin Artino, Ethan Bartlett, and Nick Chiromonte placed among the top eight.

He opened the tournament with a pin and a technical fall and then scored two decisions to win the bracket.

“It was fun being out there able to show your skill while having fun,” Boze said. “This tournament, I really wanted to focus on just living in the moment and just having fun. We only had one practice coming into the tournament (but I) believe in my skills and trust the process.”

Boze was aggressive on his feet and countered nearly everything his opponents threw at him.

“I felt that was very good on my feet and (on) top, being able to hit my shots and defending attacks,” he said. “I will build off this by studying and working on things that I didn’t do well in some matches and work on those during practice.”

Artino placed second at 150, Bartlett placed fifth at 157, and Chiromonte placed eighth at 126.

Other CVC champions included Kirtland’s Will Davidson (132) and Brennon Braud (190) and Crestwood’s Ethan Strahan at 150.