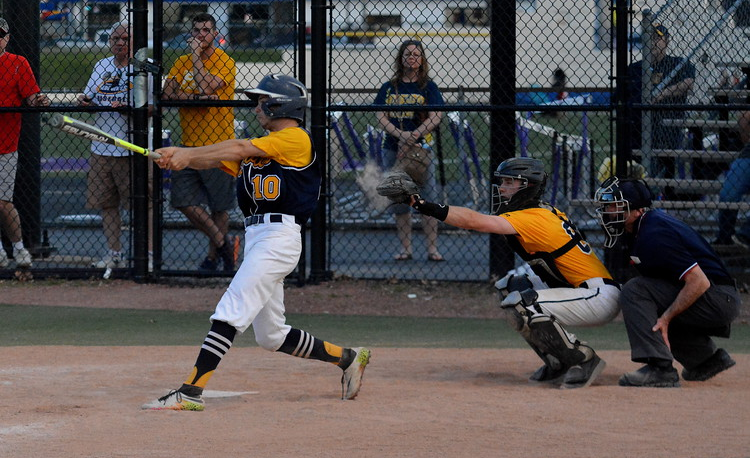 “My focus was just on the sectional but people figured it out,” Motta said of the 200th victory. “We have great kids. To think about how they played in that game, it’s meaningful, but to me the sectional was the most meaningful thing, especially with the group that we have.”

All 200 of Motta’s wins have come at Wickliffe.

Wickliffe led 8-0 before Beachwood scratched across three runs in the top of the sixth inning and added another in the seventh.

The Blue Devils scored single runs in the first, second and third innings then blew the game open with a five-spot in the fourth.

John Byrne and Tommy Shirer had a big day at the plate for Wickliffe.

Byrne was 4-for-4 and Shirer finished the day 3-for-4 with a double, a triple and four runs batted in.

“(Byrne) is really hitting the ball hard for us,” Motta said. “The middle of the order really did it for us today in the four and the five spot.”

Shirer also picked up the pitching victory after fanning seven in six innings of work.

“Tommy Shirer was cruising along,” Motta said. “He didn’t give up a hit until the fifth or sixth inning. He had a very good day today on the mound. His fastball was running in a little bit so he didn’t have his best control on it today but he just battled. Beachwood did a great job of making him throw a lot of pitches but he just battled and this was probably the best defensive game we played all year.”

The Blue Devils turned a bases-loaded double play to bail Shirer out of one jam.

After the game, the Blue Devils celebrated Motta’s milestone victory.

“I ran out to left field after the game, after I talked to (Beachwood coach) Andy (Pohl),” Motta said. “The kids were all kind of staring at me. They were quiet, which was kind of odd, and then a couple of guys got me with the bucket of water.”

The Blue Devils will play Villa Angela-St. Joseph on Monday at 7:00 p.m.

Wickliffe is 2-1 against VASJ this season.

“We’ve seen them three times already,” Motta said of the Vikings. “We’ll see their guy and they’ll see ours. We split a doubleheader and then played another three-team doubleheader. They’re a good team. We’ve seen them but we haven’t seen their No. 1 guy yet. It’s going to be a challenge for us.”