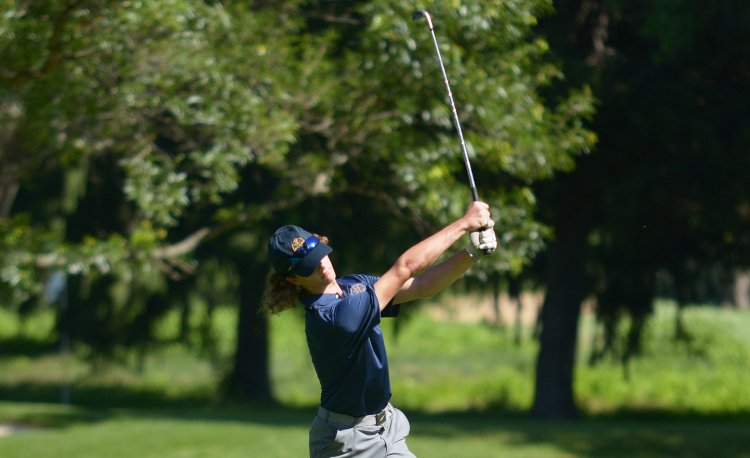 With a host of talented golfers returning this fall, Wickliffe is hungry for success.

Second-year head coach Harrison McCall is eager to see what his multi-sport athletes can accomplish on the course this season.

“I feel that we have a team full of competitors who have experience competing in a variety of sports,” McCall said. “We are a team of multi-sport athletes, many of which have played in high-level contests. I am very excited about the mentality they bring to each practice. They are always striving to be better and even though they have shown great growth within the last year they are still not satisfied and want to keep striving for better scores. They also like to compete internally with each other while understanding the main goal of team first.”

With six returning varsity letter winners returning, expectations are much higher this season.

“These players have also put a lot of work into their game this offseason focusing on developing specific areas of their game,” McCall said. “Each player had a different aspect of the game they needed to work on, and they have gone above and beyond to try to improve their game. I believe the varsity experience is also going to support the mental aspect of the team as well. The team has experienced high school matches and tournaments and the different mental challenges those provide, so entering this season they know what to expect and how to properly prepare for each match.”

Senior Calvin Cackowski is a three-time second-team All-CVC performer. He averaged 42 strokes per nine holes and 91.8 strokes per 18 last season.

“Calvin is the leader of the team,” McCall said. “He has come back healthy from an injury sustained in the spring and has put a lot of work into developing and fine-tuning his game. Calvin is also a great teammate who is always supporting and trying to help his teammates improve their games.”

“Ryan has taken his game to another level over the past month and still has another level I believe he can achieve,” McCall said. “Ryan has added distance to his drives and has really placed an emphasis on improving his putting. I have seen his demeanor change over the past couple of weeks with a much more intensified level of focus.”

Telisman finished the season with a 50.5 nine-hole average and scored 104 on 18-hole rounds.

“Noah was our most improved player last season,” McCall said. “Through the offseason, he has really worked on gaining a better understanding of his game and improved his ability to drive the golf ball. Noah is a varsity soccer player and was also a CVC tennis champion this past spring and I feel that experience helped him develop his mental strength in golf. He has come into this season much calmer and more confident in his abilities.”

Junior A.J. Levon is back for his second season of varsity golf. He averaged 51.4 strokes per nine holes last year.

“A.J. is a talented multi-sport athlete who is also a starter on the varsity soccer team as well as a CVC tennis champion this past spring,” McCall said. “A.J. has really developed and grown and has transformed his game. At the beginning of last season, A.J. was an athlete who would play golf. He has now developed into a solid golfer who is athletic. He has learned how to control his swing and the various swing speeds and tempos that are needed.”

“Gabe is the ultimate team player,” McCall said. “In addition to being a varsity golf team member, Gabe is also the starting goalie of the boys’ soccer team. Gabe is very dedicated in both sports. Over the offseason, Gabe has focused on improving his tee shots and his short game. He is very coachable and is always focusing on improvement.”

Seniors Liliana Covetta and Dominic Stjepanovic, junior Colin Casey, and sophomore Nick Henson also will tee it up for the Blue Devils this fall.