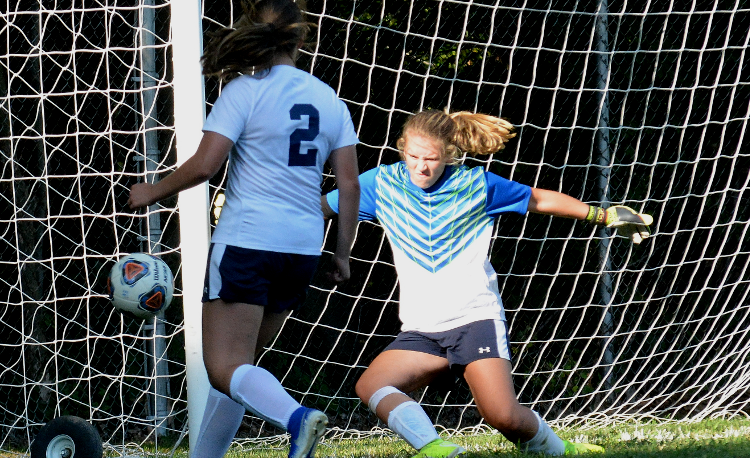 After battling to a 0-0 draw in the regular season, Wickliffe and Cuyahoga Heights met again on Thursday with a much bigger prize at stake.

Ana Stjepanovic scored three goals, including one in overtime, to lead the host Blue Devils to a 4-3 overtime win over the Redskins in a Division III sectional championship game.

“This was an amazing game by both sides,” Wickliffe coach Steve Gribovicz said. “After drawing 0-0 in the regular season, both teams came out with something to prove. Both teams showed a lot of resilience by going back and forth with each goal and showing great effort in OT.”

Stjepanovic contributed to all four of Wickliffe’s goals as she notched the hat trick and assisted on Caitlyn Henderson’s goal.

Reagan Sturgill scored two goals for Cuyahoga Heights and Sierra Wise found the back of the net once.

“We played a tough gritty game all night,” Gribovicz said. “Cuyahoga Heights continually put pressure on us and our defense withstood the pressure on multiple attacks. We mixed in different attacks for scoring plays tonight. It was an entire team effort tonight that began in practice with all 22 girls the past week and a half. It’s an exciting time to be a Lady Devil player, coach, or fan.”

Morgan Gabriel also had an assist and Kaylee Lauriel recorded five saves for the Blue Devils, who improved to 9-4-4 and advanced to the Elyria District semifinals where they will play at Elyria Catholic on Oct. 21.

Megan Ellis finished the night with five saves for the Redskins, who closed out their season with a 10-6-2 record.

“Cuyahoga Heights’ play was calculated tonight and they showed that they are a tough team with a bright future,” Gribovicz said.