Wickliffe runs to win over Orange 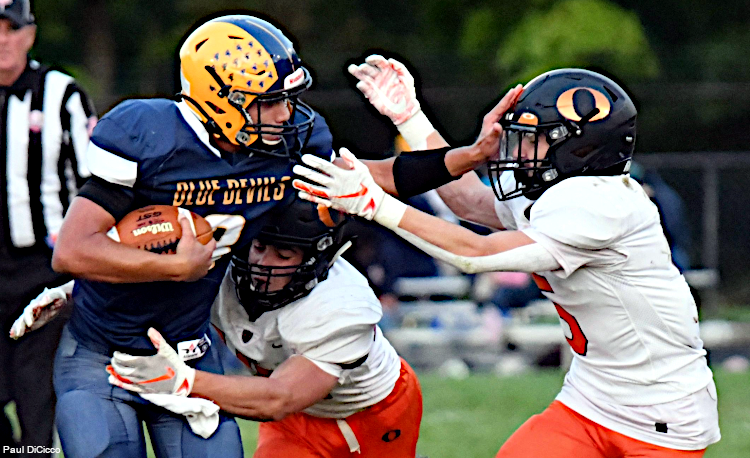 WICKLIFFE–Host Wickliffe ran for 405 yards in a 48-12 win over Orange on Thursday.

Mason Bala led the way on the ground for the Blue Devils as he ran for 176 yards on 10 carries and also completed 2-of-3 passes for 52 yards with a 42-yard touchdown run. Chase Fortkamp contributed with 127 yards on 11 rushes and he scored four touchdowns.

Orange quarterback Zak Basharat threw a 25-yard touchdown pass to Tyler Hoffman with six seconds remaining the first half to cut Wickliffe’s lead to 28-6 at the break.

Basharat, who completed 13-of-24 passes for 115 yards, closed out the scoring with a one-yard touchdown run midway through the fourth quarter.

Wickliffe improved to 4-0 while Orange dropped to 0-2.