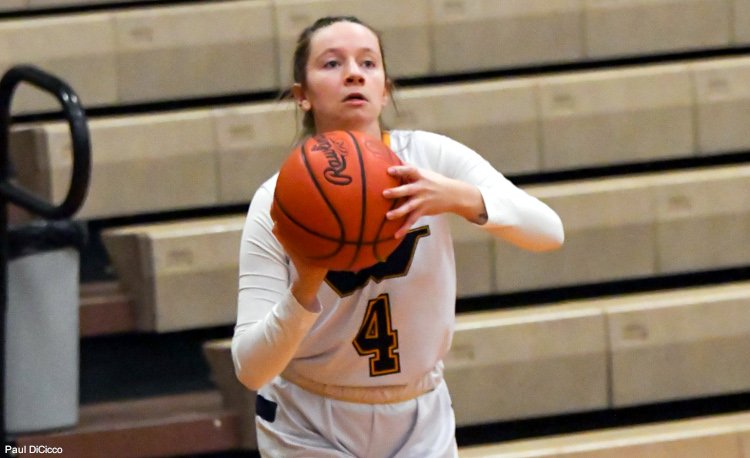 Wickliffe snapped a two-game skid on Saturday with a 60-30 non-conference win over visiting Ashtabula St. John on Saturday.

Three Blue Devils scored in double figures but it was senior Haylee Timothy that stole the show with a game-high 23 points on seven 3-pointers, a new school record.

“It’s an unreal feeling that still hasn’t really hit me yet,” Timothy said of setting a new school record for 3-pointers in a game. “Never did I think I would set a record for Wickliffe. It’s a very special moment for me. My teammates made it so much more exciting and knowing they have faith in me is a good feeling.”

Timothy, whose previous best was three 3s in a single game, knew she found her shooting rhythm after draining her third 3 against the Heralds.

“I knew I was hot in shooting the ball,” she said. “I knew if I wanted to hit more shots I had to find the open spots on the floor to maximize my opportunities.”

The Blue Devils outscored the Heralds in the third quarter, 20-10, and then closed out the win with a 9-7 fourth quarter.

With the win, the Blue Devils improved to 5-7.

As for Timothy, she’s more confident than ever heading into the second half of the season.

“I have a lot of confidence in my shot after today,” she said. “My coaches are always encouraging me to shoot the ball and I can thank them for that.”