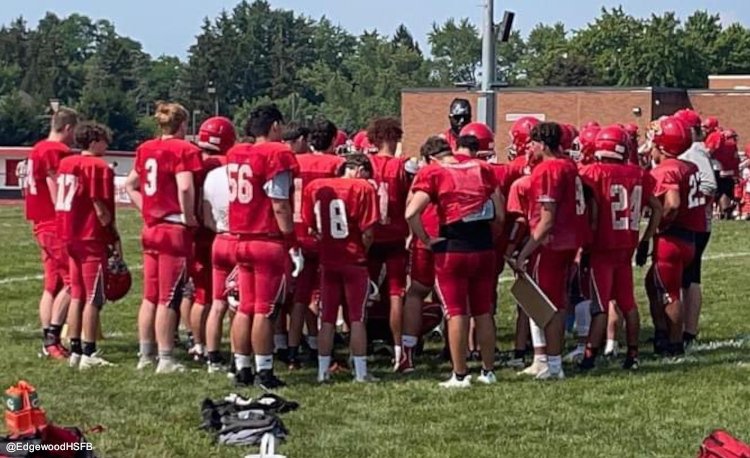 Despite the accolade by Winchell, the Warriors fell in the season opener on the road to county rival Conneaut, 41-6. The loss was the sixth straight to the Spartans dating back to 2012.

Winchell would break the record late in the first quarter on a completion to Jacob Ernst. He finished the night with 194 yards passing. Winchell burst onto the scene last season breaking the county single-season passing record with 2,365 yards and 18 touchdowns.

Conneaut scored the first touchdown on the first possession thanks to a masterful possession led by senior quarterback Kiefer Mandagelo. He finished off the drive with a touchdown pass to junior Zack Rice with 9:09 left in the first quarter.

The Warriors scored their lone touchdown on an electric punt return by senior Izaiah Harris to make the score 7-6 after a two-point conversion failed.

Rice would find his way to the end zone again with a 1-yard run to make it 13-6 Spartans with 7:16 left in the second quarter.

Conneaut would carry that 13-6 lead to halftime, ending the half by forcing Edgewood into a turnover on downs on the two-yard line with 10 seconds left in the half.

The Spartans would extend the lead to 19-6 after turning the Warriors over on downs to start the second half. Rice would find the end zone for the third time on the night, this time from 54 yards.

Rice would score his fourth touchdown (third rushing) to start the fourth quarter to make it 27-6. Junior Daykon Chabot and sophomore Wyatt Payne would add fourth-quarter touchdowns for the Spartans.

Edgewood will host Grand Valley on August 27, while the Spartans host Medina Buckeye.