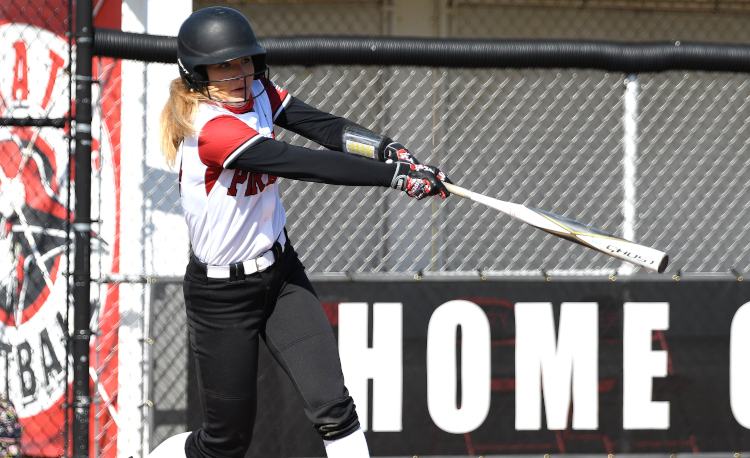 Lilly Agostine hit a two-run home run in the top of the seventh inning as Perry kept alive its 57-game conference winning streak by beating host Lakeside on Tuesday, 6-5.

The Pirates, who entered the game with 56 straight Chagrin Valley Conference wins, trailed the Dragons after six innings, 5-2, and were down to their final two outs before Agostine’s blast.

“That ranks among one of the best wins we’ve had in a long, long time,” said Perry coach Joe Medlen. “I got the same chills and feeling I got when (Emalee) Sines got us the win in the district championship by catching (a line drive) and diving on third base (for a game-ending double play) back in the day. It was a big game, a very big game.”

Perry led 2-0 after scoring single runs in both the third and the fourth innings.

Faith Hartman hit a two-out double in the third and scored on a passed ball. Sydney Moon opened the fourth with a triple and Agostine doubled her home to give the Pirates a two-run lead.

Lakeside made its move in the fifth.

Adrianna Campbell-Hull opened the inning with a two-strike home run to cut Perry’s lead in half.

“Faith was pitching well but she hung that one,” Medlen said. “Their girl that hit the bomb, it was supposed to be a screwball, and instead, she left it over the plate. She got ahold of it and crushed it. It surprised me she hit it that far and that well. She just got all of it. She picked herself back up and dusted herself off and finished.”

Maddy McCrone and Ireland Noble then hit back-to-back singles and then Sidney Griffith doubled home two runs to give the Dragons their first lead, 3-2.

Lakeside added two more in the sixth when Campbell-Hull singled and McCrone doubled to put runners at second and third with one out. Noble then doubled home both runs for a 5-2 lead.

“We were doing enough to win but we were starting to think we weren’t going to come out with the win,” Medlen said. “They went on a little run and we were a little flat. We battled and still didn’t give up and kept believing. Was there doubt? Of course, but we definitely were believing we could do it and then we manufactured them.”

Hartman started Perry’s seventh-inning rally with a single and after a fly-out, Emma Pietrzak doubled to put runners on second and third with one down. Moon then singled to score Alexa Rogers, who was inserted as a pinch-runner for Hartman, to cut Lakeside’s lead to 5-3.

Pietrzak scored on an error to make it a one-run game and then Agostine stepped to the plate and hit the second pitch she saw over the center-field fence for a 6-5 lead.

“The home run hit was extremely exciting,” Agostine said. “Our team was working hard to work our way back up and we did it. The pitch that I had seen was almost right down the middle. I knew that I had to take advantage of that pitch to bring in the runner on third base. When I hit the ball, I felt a solid connection with it. I didn’t even realize that it actually went over the fence until I rounded first base.”

Hartman then set down Lakeside’s two, three, and four hitters in order in the bottom of the seventh to seal Perry’s 57th straight conference victory.

“It meant a lot,” Medlen said. “We talked about it afterward. (The streak ending is) something the girls don’t want to see happen. I haven’t seen the girls that excited in a long time. It means a lot to them and it meant a lot to keep it going.”

Hartman finished the day 4-for-4 at the plate and she also struck out five Lakeside hitters.

Moon and Agostine both recorded a pair of hits for the Pirates.

Campbell-Hull, McCrone, and Noble each finished the game with two hits for Lakeside.