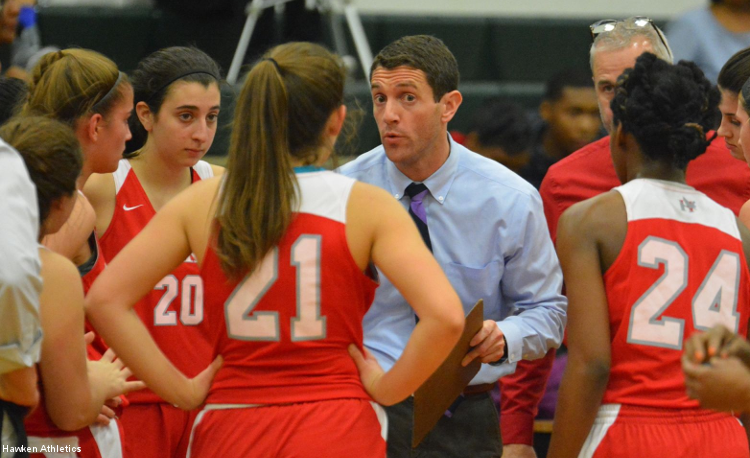 Hawken returns three starters and six others from last year’s team that finished 9-15 overall and 5-8 in the Chagrin Valley Conference.

More importantly, the Hawks are more athletic and ready to compete in the CVC Chagrin Division.

“I’m really excited about our team this year,” Hawken fourth-year coach David Murray said. “We have a great group of girls who have collectively bought in to not only what we are trying to accomplish on a day-to-day basis, but also on a broader program-wide level.”

Athleticism, coupled with experience, should help the Hawks remain competitive in the challenging Chagrin Division.

“We have some very athletic players who are capable of impacting the game on both ends of the court,” Murray said. “This affords a lot of flexibility in terms of how we match up with other teams and running ‘positionless’ sets. We also have some girls who are extremely competitive. I think this is a huge asset in terms of establishing a team identity and progressing the culture of our program.”

Hawken will have to overcome a lack of experience as there are many new faces in the lineup.

“We have a lot of young, talented players and we play in a very strong conference, from a competition standpoint,” Murray said. “A key for us is going to be the approach that we take on a daily basis. It’s a long season and we need to adopt a mentality where we are using each day as an opportunity to get better as a team.”

The returning starters for the Hawks include sophomores Maya Dori, Julianna Pollard and Makayla White.

White, a 5-foot-10 forward, averaged 7.8 points, 8.9 rebo8unds and 1.8 steals per game last winter in being named all-district and all-conference.

“Makayla is one of the hardest working and most dedicated players I have been blessed to coach,” Murray said. “It’s impossible to capture what she means to our team on the court and the impact she has had on elevating the culture of our program.”

“Maya is a talented scorer and one of the most cerebral players in our program. I’m extremely proud of the work that she put in during the offseason to improve herself as an all-around player,” Murray said. “Julianna is one of the toughest players on our team and our offensive catalyst. She’s capable of scoring from anywhere on the court while matching up with an opponent’s best perimeter player on the defensive end.”

There is no shortage of competition to fill out the remainder of the projected starting lineup.

Kutash, a 5-foot-10 forward, is in her first year with the program and Giglio, a 5-foot-4 guard, has stepped up to provide leadership to the rest of the squad.

“I’m extremely excited to have Jordan in our program this year. Jordan has a high basketball IQ and is capable of impacting a game in a variety of ways,” Murray said. “Violet epitomizes everything that a coach looks for in a leader. She is one of the most vocal players I have ever coached, always encouraging her teammates to put forth their best effort. She recognizes her role within the program and always prioritizes the good of the team over that of the individual.”

Hawken’s juniors include Gabi Cicerini, a 5-foot-7 guard, and Rachael Slotta, a 5-5 guard.

“Gabi is an extremely versatile player and an important leader in our program,” Murray said. “Her commitment and toughness set the bar for the rest of the girls on the team. We’re looking for Gabi to be a big contributor for us this year on both ends of the court.”

Sophomore Lilly Wolf, a 5-10 forward, returns after scoring 2.0 points and pulling down 2.5 rebounds per game as a freshman.

“Lilly is a talented all-around athlete who has worked diligently to expand her game,” Murray said. “She brings a fire and competitiveness that raises the level of the players around her.”

Sophomore Rosie Murray, a 5-7 forward, also will provide depth for the Hawks.

“Our number one goal is to get better every day, individually and collectively,” Murray said. “Beyond that, we want to continue to build the culture of our program and elevate its competitiveness. If we can establish a precedent that prioritizes hard-work, commitment, and accountability, then everything else will take care of itself.”