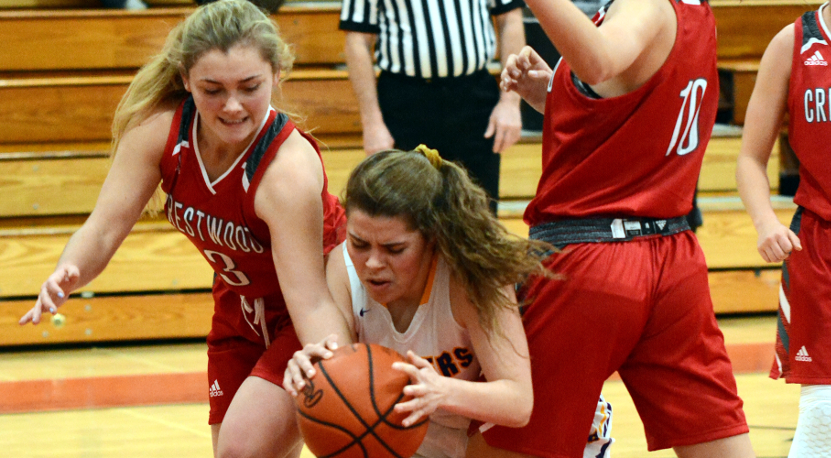 MIDDLEFIELD—Maybe it was a tournament championship that inspired Berkshire over the weekend or even avenging an early loss to a future conference opponent that motivated the Badgers.

Whatever it was, Berkshire defeated host Cardinal on Friday, 53-38, then knocked off Crestwood on Saturday, 55-39, to win the 2019 Cardinal Holiday Tournament.

That loss was the second in a string of six straight setbacks for the Badgers, who improved to 4-6 on the year.

“The first time we played them this season, we started off really slow and got behind in the first half,” Bosley said. “Today, that wasn’t the case. The girls started out with a lot of energy and we focused in on the game plan.”

Lydia Kastor scored eight of her game-high 23 and Lexi Boyk scored five of her nine in the first half as the Badgers took control of the contest.

Boyk went on to win the tournament MVP award with 19 points, eight rebounds, nine assists and 15 steals in the two-game event.

“Lexi had a great weekend and was just stuffing the stat columns,” Bosley said. “It’s not like she does it all on her own because she would be the first to tell you how much her teammates help make that happen.”

Kastor also made the all-tournament team and drained five 3-pointers in Saturday’s championship.

“Lydia Kastor has been playing at a really high level for us making sure things are getting set up on offense,” Bosley said.

Courtney Czekaj and Mollee Chapman both contributed to the win with six points, Alyssa Schafer added four and Kylie Neumore and Maddy Triskett both finished with two points.

“Mollee Chapman and Alyssa Schafer did a great job controlling rebounds, each bringing down eight for the game today,” Bosley said. “This weekend, Courtney Czekaj also played really well. It was nice to see Courtney get going offensively because she works really hard on the defensive end. Those stand out but there are so many girls just buying in right now and doing a lot of the little things that don’t always show up in a stat column.”