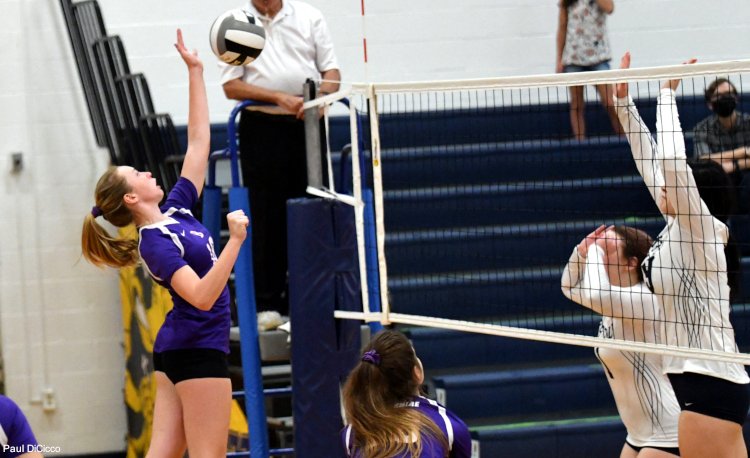 Berkshire graduated five seniors from last season but the Badgers aren’t entering the 2021 season focused on their losses.

Instead, 17th-year head coach Joni Prots is looking ahead to the potential of her team this fall.

“I feel that this group can do a lot of great things,” Prots said. “We need to work on being consistent and communicating on the floor.”

The Badgers finished the 2020 season with a 14-10 record overall and a 6-4 mark in the Chagrin Valley Conference Valley Division.

Four-year starters Mollee Chapman and Delaney Tucek have graduated, leaving the Badgers with big holes to fill in the rotation and in the locker room.

“We lost five seniors last year so we will have to replace that experience,” Prots said. “We also lost a lot of leadership and competitiveness with the graduation of Mollee and Delaney. Someone is going to have to step up and fill that leader role.”

Senior Arielle Walter and junior Maddy Triskett have been tabbed to fill the leadership roles.

Walter, a libero/defensive specialist, gained valuable varsity experience last season and is now expected to elevate her game on and off the court. Triskett, a setter, recorded 390 assists, 187 digs, and 59 aces in earning second-team all-CVC and third-team all-district honors.

“We are counting on Arielle to play a bigger role in our serve receive this season and to contribute to our defense in a big way,” Prots said. “We’re looking for Maddy to step into the leadership role, both on and off the court. She has the knowledge of the game and the work ethic to lead the team.

Sophomore right side Maddie Smetana recorded 132 kills, 68 digs, and 20 blocks as a freshman. She was named second-team all-CVC and honorable mention all-district.

“Maddie was second in kills last year as a freshman,” Prots said. “She has worked hard in the offseason to improve her game. I look for her to contribute in all phases of the game this year.”

Senior Angie Romano earned honorable mention all-conference honors after a junior season in which she posted 185 digs and 17 aces. Romano made the switch from defensive specialist to outside hitter to help the Badgers fill some lineup holes.

“Ang will be plying on the outside this season,” Prots said. “After spending two years as a DS, she will be looked at to make a bigger contribution to the offense this season.”

Junior outside hitter Sierra Berman is back after recording 65 kills, 157 digs, 35 aces, and 14 blocks as a sophomore. She also is filling a new role this season.

“I look for her to contribute even more to our offense this season and provide a steady serve receive for us,” Prots said.

Junior right side Hannah Washell and sophomore middle hitter Hayley Stoddard will provide the Badgers with more options at the net.

Click here to watch the Berkshire segment from the 2021 CVC Volleyball Media Day.