Badgers rally back for 10-7 win 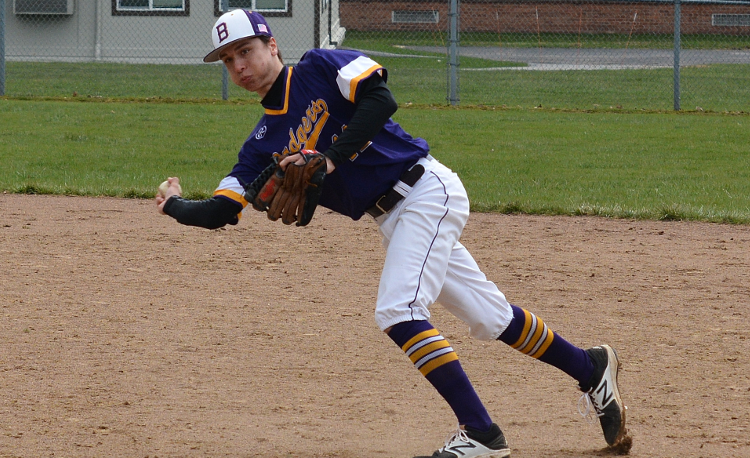 Berkshire trailed Springfield after the first inning, 6-0, only to rally back for a 10-7 win on Monday in their first game at the Ripken Experience in Myrtle Beach, S.C.

“It was a great game for us,” Berkshire coach Brian Hiscox said. “We got down early but continued to battle back. Our defense played well. Offensively, we had 13 hits and scored 10 runs. All around, it was a solid afternoon.”

Forrest Kuchling entered the game in the first inning with two outs and the Badgers already facing a big deficit.

He stabilized the defense and kept the Badgers in the game by allowing just one earned run on three hits and he struck out three in 6 1/3 innings of work.

“Forrest took the hill in relief in the first inning and kept us in the ballgame,” Hiscox said. “He stepped up for us and really kept their hitters off balance. “It gave us a chance to come back and win the game.”

Offensively, it was Joe Barcikoski that led the Badgers. He finished the game 3-for-5 with two runs batted in and a stolen base.

“Offensively, I was extremely pleased today,” Hiscox said. “Everyone in the order today contributed in one way or the other on the offensive side. They played solid defense too.”