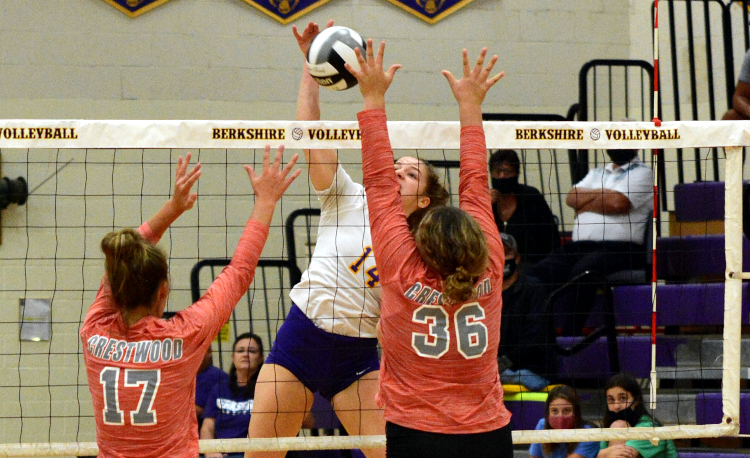 BURTON—Sometimes it’s hard to remember, but in volleyball, it’s not how you start but how you finish that matters.

Host Berkshire dropped the first set to visiting Crestwood then regrouped and won the next three to beat the Red Devils, 3-1.

“We picked up the energy after game one and started to play more as a team,” Berkshire coach Joni Prots said of the come-from-behind win. “We executed better after game one as well.”

Crestwood got off to a hot start in the first as they slowly pulled away from the Badgers for a 25-19 win.

The Badgers, who improved to 6-2, closed out their win with a 25-21 victory in the fourth set.

Seniors Mollee Chapman and Delaney Tucek were instrumental in the win.

“Mollee and Delaney are definitely the engine that makes this team run,” Prots said. “Their leadership and play on the court has been huge so far this year, but they need help in order for us to win.”

That help came from sophomores Maddy Triskett and Sierra Berman.

“Maddy Triskett came up with some big serves in game three and Sierra Berman had some good swings and played good defense,” Prots said. “It really took the whole team tonight making plays for us to pull out this win.”