Badgers rebuild with speed and depth 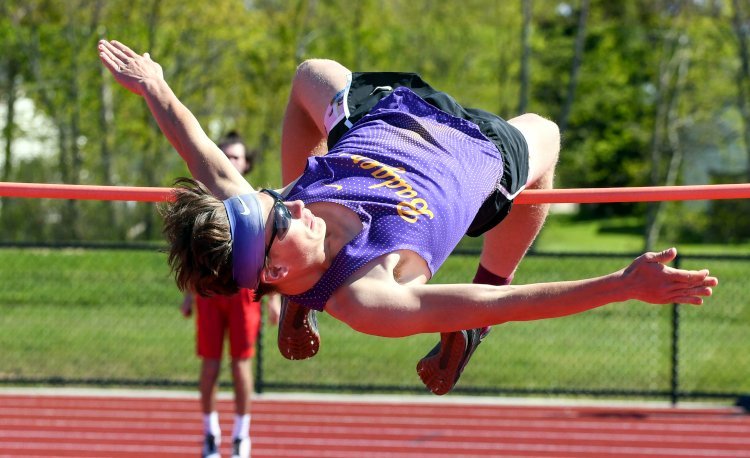 Berkshire lost several key athletes from its boys’ and girls’ track teams but the Badgers have plenty of returning talent along with the addition of more speed.

“We have had an influx of soccer players and are hoping to utilize their speed to increase our presence in the sprint events. We are also looking to improve in the throws and distance events as well,” said Berkshire girls’ coach Aimee Green. “We graduated our main female pole vaulter, but have two new freshmen eager to learn that event and we return our two senior boys who have been working on the event at Spire. Last year, due to injuries, we only had 14 girls who were able to compete at the end of the season. This year, we have almost doubled our numbers and that automatically helps. On the boys’ end, we did lose eight seniors who were major point scores, so we will be looking to rebuild our team and create some new bests.”

With a strong core group of returners and some exciting new talent, the Badgers are in a rebuilding mode but with high expectations.

“Our expectations are always to come out on top, but sometimes that means you have to rebuild in order to do that,” Green said. “As we progress into the season, we will be able to set bigger goals and predict outcomes because we don’t like to assume anything. As for now, our main goal is always to get as many athletes out of districts as possible. Of course, improving our athleticism as individuals is our daily goal. Being better today than we were yesterday will always drive our practices. We added a new assistant coach this year and will utilize his knowledge to help out where needed during the season.”

Always one of the biggest hurdles for the Badgers to clear is the fact they don’t have a home track, which limits their ability to practice.

That has never stopped the Badgers from finding success in the past.

“As always, our lack of an all-weather track can hinder our abilities; nonetheless, as Badgers, we always meet those challenges and use alternate methods to get the job done,” Green said. “We have increased our numbers and both teams are ready to try new things.”

Juniors Marissa Tiber and Tara Barcikoski are among the returners Green will lean on to provide consistent scoring and leadership.

“We need to work together and improve while also having fun,” Barcikoski said. “I won’t say we want to win (Chagrin Valley Conference meet) because we have to get there first.”

The Badgers have plenty of competition in the throws with seniors Nicole Cindric and Auddia Pringle, junior Taylor Doehrman, and a host of freshmen competing in the discus and shot put. Pringle has committed to Thiel College.

Freshman Mary Lee will compete in the long jump and freshmen Grace Louden and Autumn Blair are working on the pole vault.

Other hurdlers include junior Marissa DeFranco and freshmen Anna Russell and Amber Zeiler.

Sophomore Makayla Fien has potential in the sprints.

“As a sophomore, she will be looked upon to keep the sprinters in line and working toward their goals,” Green said.

Junior Mylee Klem and sophomore Madison Durosko return in the 1600 and 3200-meter runs.

“The girls’ team has some strong leadership and they are focused,” Green said. “These things always help bond the team and create an atmosphere that is fun, yet they also know when to be serious. This switch between fun and serious creates a team full of energy ready to leave everything on the track.”

“He looks to improve his strength and continue to be one of the top discus throwers in the CVC,” Green said.

Stoddard will throw the shot and discus.

Junior Lucas Luoma and sophomores Chris Furda and Kenny DeFranco also will compete in the throws.

Senior Lucas Leggett returns this season after qualifying for the regional meet in the pole vault. He’ll also compete in the high jump, 800, 1600 and 3200-meter runs.

Junior Jacob Landrus and freshman Billy Mooney are locked in on the long jump and senior Sam Chrzan will team up with Leggett in the pole vault.

Berkshire has a strong core of distance runners returning in Chrzan and junior Jarrett Long.

“The boys also have excellent leadership,” Green said. “As we (waited) for senior Lucas Stoddard to finish his high school wrestling career at the state meet, the younger boys on the team have stepped up and taken on leadership roles. Once again, having great role models in leadership positions makes for an excellent season overall.”