Harvey a force to be reckoned with 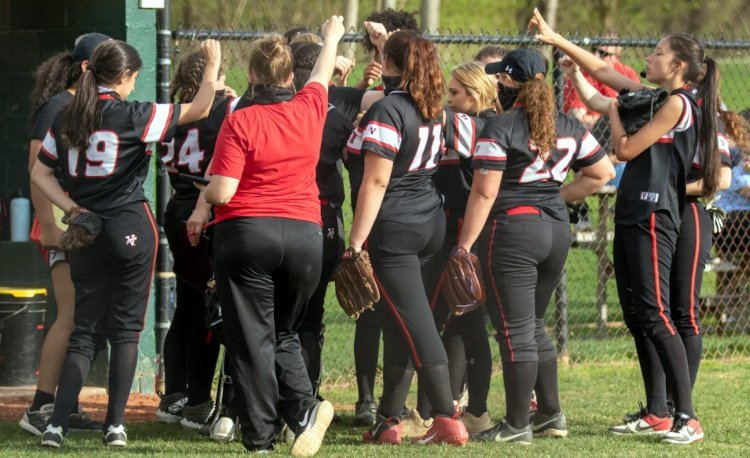 After winning its first league title in nearly 20 years last spring, the Harvey softball team is looking for more this spring.

“We strive for nothing less than competing for a CVC championship and making a run in the postseason,” said Harvey coach Betsy Hada. “This season, the only obstacle is our lack of experience. We have athletic ability and a team-first mentality to keep Harvey at the top. We will improve every turn. Do not underestimate us this year.”

Hada is confident she has the pieces in place to lead the team in the defense of its league title.

“We have expanded our roster with some highly competitive quality athletes,” she said. “The combination of veterans and newcomers will make us a force to be reckoned with again this year in the CVC. We will rely on veteran leadership to navigate uncharted waters while calling upon new faces to fill in a few holes.”

Junior Alexa Bailey headlines that group as she was named the CVC Chagrin Division MVP and an honorable mention all-district selection last spring after batting .435 with 31 runs scored and 28 runs batted in.

She once again will split innings in the circle with senior Rachael Boykin and set the table for the offense.

“After a successful sophomore year campaign, Alexa will return to the mound this season,” Hada said. “She will be a spark at the top of our lineup.”

Boykin and junior Keera Bradford will provide depth in the circle.

Boykin will play first base when she isn’t pitching. She was named first-team All-CVC and honorable mention all-district last season after hitting .462 with 21 RBI and 26 runs scored.

“Rachael is not just a great pitcher, she plays a solid first base and packs a punch at the plate,” Hada said. “I expect big things out of Rachael again this spring.”

DiPierro will start at shortstop and also see some time behind the dish. She batted .450 last spring with 22 RBI and 33 runs scored.

“Mira will be splitting time between shortstop and catcher this spring,” Hada said. “She has a strong bat and will be hitting cleanup for us.”

Miller will play third base.

“Lola was a dominant catcher in the CVC last year,” Hada said. “Other teams learned quickly not to mess with her on the base paths. She has a hot bat and speed to burn.”

The Red Raiders will have three seniors in the outfield.

Georgia Hull is projected to start in left field while Josie Basco is in center and Aviyona Dolgoff will play right field.

“Our biggest strength this season comes from the versatility of our players,” Hada said. “It allows everyone an opportunity to contribute in a way that best suits the team’s needs in a given game, which helps us gain the upper hand over our opponents. The versatility we will bring to the field comes from the hard work and dedication that everyone associated with the program has put in during the last year, both on and off the field.”

While Hada is confident her team is built for another title run, she remains cautiously optimistic.

“Every season is different and I am excited to see who seizes their opportunity to contribute,” she said. “We have all of the pieces. It comes down to execution and handling any unexpected bumps along the way.”