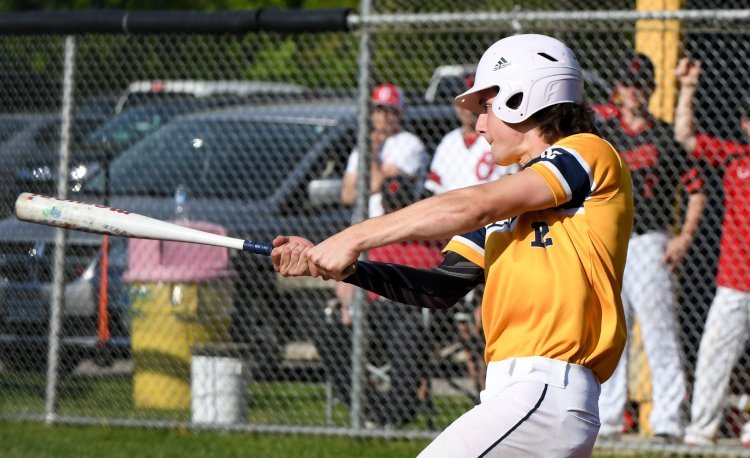 Graduation once again hit the Kirtland baseball team hard but the Hornets always have a knack for reloading and remaining competitive.

That cycle could repeat itself this spring as the Hornets return five starters and have added a few new faces to round out what should be a competitive lineup.

“I think we have a lot of potential,” said Kirtland coach Luke Smrdel. “We have some very good baseball players in the younger classes and a lot of those guys are going to step into starting roles this year. We have a good mix of older guys who are returning, too, so I think it’s going to be a pretty balanced year overall.”

The Hornets did graduate five all-conference honorees including Valley Division Player of the Year Andrew Spencer.

To compensate for those losses, the Hornets will lean on their defense as the hitters and pitchers settle into their roles.

“I’ve been very impressed by our defense,” Smrdel said. “We have played very good defense so far in the spring up to this point. Our pitching is young but we have a lot of good arms in our rotation. We’re going to have some young guys step into key roles this year and hopefully, they’ll get the job done. Time will tell if they can get it done on a consistent basis.”

On the mound, the Hornets will be relatively young.

Sophomore Aaron Fortuna, senior Pierce Boyd, and sophomores Gino Blasini and Trip Thaler will throw most of the innings for the Hornets.

“Aaron threw a lot of innings on varsity last year and did a very good job for us in relief. This year, he’ll step into a starting role,” Smrdel said. “Pierce started a lot of games and Gino pitched a decent amount of innings and had a couple of starts last year, so we have a few guys with experience, and Trip Thaler has some very good stuff.”

Senior Mason Rus returns as Kirtland’s go-to out of the bullpen.

“He’s got a very solidified role in our bullpen,” Smrdel said. “He’s the guy that comes into clutch situations and gets the job done.”

Rus and senior Gage Sullivan both earned honorable mention All-CVC honors last spring. They’ll team up with Blasini to create a speedy and athletic outfield for the Hornets.

“This is probably the most athletic outfield I’ve ever had,” Smrdel said. “They cover a ton of ground and they all have great arms. Defensively, we’re going to be very sound out there and they all bring a lot to the table at the plate, too.”

Kirtland’s infield will include juniors Luke Chuko and Tommy Gogolin, seniors Jonathan Withrow and Boyd, and Thaler, a sophomore.

Chuko will start behind the dish after seeing limited action last season. He batted .294 in 17 plate appearances last spring. Gogolin returns at second base. He batted .300 last season.

“Our other two catchers are on the (injured reserve) from last year but Luke has put in the work and has become a very good catcher,” Smrdel said. “Tommy is a returning starter but he didn’t get as many bats because he was young and I (used a designated hitter) for him. He did a great job in the field and was one of our best defenders last year. He’s going to solidify that side of the infield for us.”

“Jonathan has gotten a lot better defensively and he’s a big boy with a lot of pop in his bat. If he stays consistent and makes contact with the ball, he’s going to be a very dangerous hitter,” Smrdel said. “Pierce was our DH a lot last year because Mason Sullivan was at third. He has done a great job getting better defensively and he does a great job in our lineup. Trip is a sophomore but he’s got very good fundamentals and is a very good hitter as well. The sky is definitely the limit with him.”

Alfieri saw spot duty last season, mostly as a pinch-runner, but will see a more active role in the outfield this season. Reynolds will pitch and play third.

“Victor can play any position in the outfield and he’s very fast and pretty lethal on the bases,” Smrdel said. “Micah will have some key roles playing third and first and he can throw a little bit off the mound. He has a pretty good bat and a decent amount of pop. He’ll rotate in depending on who we pitch.”

Bates will fill in at second base or shortstop and Paul will play third and pitch.

“Will has a good bat and knows the game very well. He’ll be a role player for us this year more than likely, but he’s got a very bright future,” Smrdel said. “Max is just a freshman but he’s very, very tough on the mound and plays a good third base. I’ve seen good things out of him at the plate in the scrimmages we’ve had.”

Despite the turnover in the lineup, Smrdel is confident the Hornets have the potential to defend their league title and make another deep postseason run.

“As long as the seniors keep leading the way they’ve been leading and guiding some of the younger guys along, we should be pretty good,” he said. “It’s been a very encouraging environment this year and these guys have really done a good job of stepping up and making sure that we’re all on the same page. We’re getting stuff done and putting the work in every day, so we have to keep doing that.”