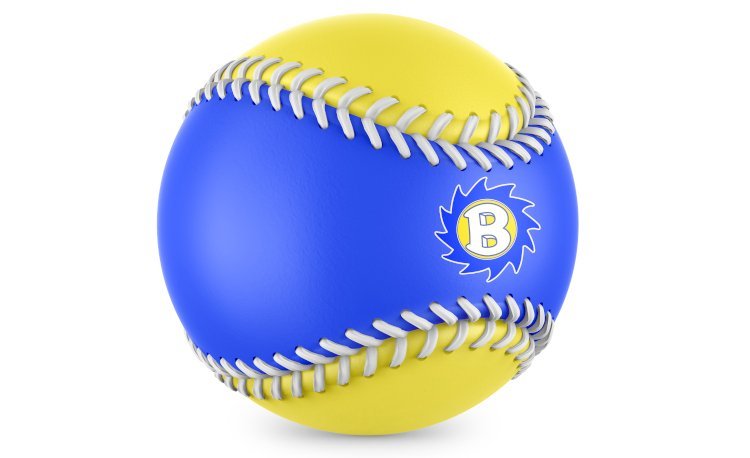 Last spring, Brooklyn’s baseball team battled through a rebuilding year, and this year, the Hurricanes are eager to compete.

“This season I expect to be competitive with all the teams in our division and if we can score runs consistently, I expect to be around the top of the division by the end of the season,” Sedlacek said. “2021 was a rebuilding season coming off of not having any season in 2020. We had four sophomores starting on varsity. I remember one game we had an entire sophomore infield who barely had the strength to make the throws across the diamond. In 2022, we will also have three returning seniors who are hungry to win back respect for the Brooklyn baseball program.”

The Hurricanes won just two games last season but with that year of experience, Sedlacek and his players expect a positive change.

Sedlacek will lean on his seniors to set the tone for the rest of the squad.

“I am really excited about our returning seniors–Alex Hernandez, John Pierson, and James Trunkett,” he said. “I expect these guys to carry our team until the younger guys gain the confidence needed to win.”

Hernandez will start at first base, Pierson is the team’s No. 2 pitcher and an outfielder, and Trunkett will pitch and play shortstop, third base, or in center field depending on who is on the mound.

Junior Anthony Starr is the team’s top pitcher and also will play shortstop. Starr missed most of last season after tearing his ACL during the football season.

“We are excited to see junior Anthony Starr back playing every game,” Sedlacek said. “He worked extremely hard and was able to play in four games last season but was not near his potential. This season, the pitcher/shortstop is healthy, throwing strong, and shows confidence with his bat. We expect to have a lot of fun with Anthony back in the lineup.”

Junior Jeremiah Gonzalez will start in center field and will provide depth behind the plate.

“Jerimiah is another all-around athlete,” Sedlacek said. “He will be playing outfield and catcher when we need it. His strength is his bat, which I believe will shine as a returning starter.”

Geballa and Wilson will split time at second and also pitch and Wrost is the team’s starting catcher.

“These guys gained a lot of experience from playing last season,” Sedlacek said. “Last season, they did not play with confidence and at times it looked like their heads were spinning as they were learning about the game and trying to catch up to varsity pitching. Varsity baseball is a much faster game than they experienced in the past. So far this spring, the team is showing an understanding of the game and with a little more confidence, they should have a sturdy foundation to build success. I don’t like to make predictions, but this group should be fun to watch this season.”

Junior Angel Hernandez will start in right field, sophomore Jackson Diller is the starting left fielder and he also will pitch, and freshman Aiden Starr rounds out the projected starting lineup at third base. Starr also will pitch.

“We also have a few younger guys that showed promise this spring,” Sedlacek said. “Junior Angel Hernandez has really excited the coaching staff with his hitting. Sophomore Jackson Diller is an all-around athlete who will be asked to perform many tasks this season, and freshman Aiden Starr looks to be a strong player with a lot of potential. With some experience, these guys will be part of the core players this season.”

Sedlacek is confident his team will find more success this spring but he isn’t without questions.

“How will our guys play being more mature and stronger? Will our pitchers be able to stay healthy enough to give us a start each week? Will our batters be strong enough to catch up to varsity pitching? Will we be able to throw runners out stealing bases?” he said. “I see every aspect as a challenge this season. These are the questions of every coach. However, right now, I feel much better with our guys this season and if we can make the improvements necessary to the above questions, we will have much success.”