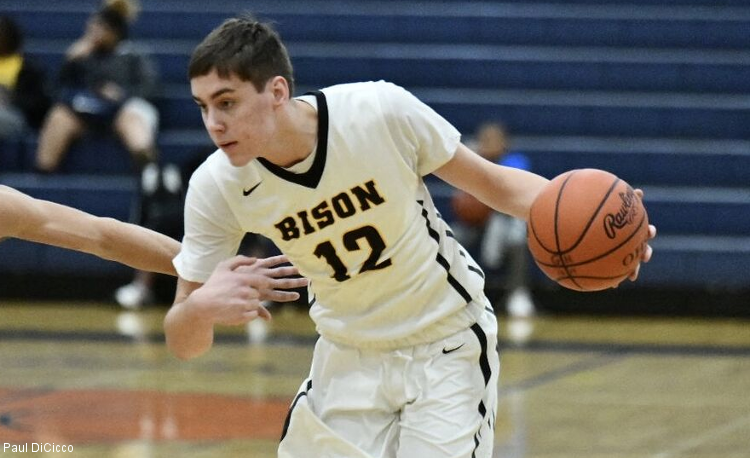 The win became even more important after Perry upset league-leading Harvey, leaving the Bison just one game out of first place in the division.

“I think our guys came out pretty aggressive,” Beachwood coach Matt Miller said. “It was nice being at home in front of the home crowd for the rivalry game. We moved well on defense, we rebounded at both ends and attacked the offensive glass. Jayson came out aggressive in getting to the rim and scored 12 in the opening quarter.”

The Bison took advantage of its home crowd and built and early 20-11 first quarter lead.

Orange rallied in the second quarter to cut its deficit to just 30-27 at the break but the Bison used a 12-0 run to start the third quarter and held off the Lions in the fourth to seal the win.

“It was important to get the crowd into it early and we fed off that,” Miller said. “It gave our guys a lot of confidence. Even when we got in a little foul trouble in the second quarter, that start gave us the confidence to come out of halftime with some energy.”

Jeshaun Minter also scored in double figures for the Bison with 14 points and Allon Hardin and Deon’te McCutchen both finished with six points.

“In the first quarter, we scored at the rim and the foul line quite a bit which was big for us,” Miller said. “We then came out after halftime and got a little hot from behind the arc as we knocked down four 3s during a pretty big run, which gave us a lead and some breathing room.”

“It was pretty intense out there,” Miller said. “I was happy with the way we were able to limit Orange from really getting on any big runs. Someone always stepped up to get us a bucket when we needed one.”