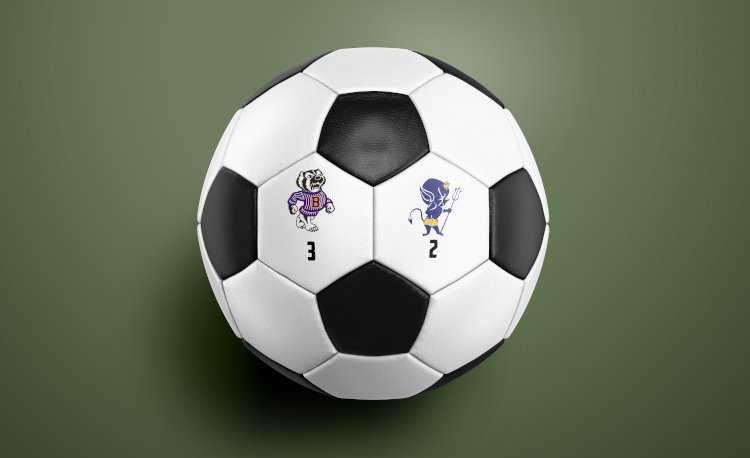 Berkshire pulled away from host Wickliffe in the second half and then held off the Blue Devils down the stretch in a 3-2 win on Thursday.

Evania McCandless scored all three of Berkshire’s goals in the win.

“I felt we played a good game from start to finish,” said Berkshire coach Ian Patteerson. “We came out and created good looks and relentless attacks from the first whistle.”

Eliza Wills scored a first-half goal for the host Blue Devils to send the game into the break tied, 1-1.

McCandless scored two more in the second half to push the Badgers ahead, 3-1.

“Wickliffe did a great job of sitting in and waiting to counter us in the first half and every time Eliza Wills found the ball, they were off to a solid attack and they didn’t waste time flipping the attack,” Patterson said. “In the second half, we made some key adjustments mainly tightening up the defense and especially keying in on No. 3 in the middle. That, paired with Evania’s speed and relentless pursuit up top, really proved to be the difference in the second 40. We felt like we had possession of the ball and created quality attacks for the majority of the game but Wickliffe is always a well-rounded team, well coached, and always has some dangerous athletes that don’t quit no matter the score or time left on the clock.”

Kellsie Glosser’s second-half goal off of an Ava Gabriel assist pulled the Blue Devils to within 3-2 but that’s as close as they’d get as the Badger defense stood tall to close out the game.

“The team put out all they had in this game and it was a truly hard-fought CVC battle between two good teams,” said Wickliffe coach Steve Gribovicz. “This was a back and forth game where Berkshire had stretches where they played good ball at the feet soccer and then we had stretches of fast offensive flow changing the momentum in periods until the final whistle.”

“Both teams had nice play out of their keepers,” Gribovicz said. “Our keepers combined for 18 saves, some at point-blank range. Berkshire’s keeper was able to withstand a stretch of pressure in the final minutes of the game, along with a few nice stops throughout the course of the game.”

Berkshire improved to 2-0 while Wickliffe fell to 1-1.

“This game will serve as a nice foundational piece for our season,” Gribovicz said. “It wasn’t the result we wanted, but it was a very competitive game to gear us up for the remainder of the schedule. We found out a lot about the team and the potential we have this season.”