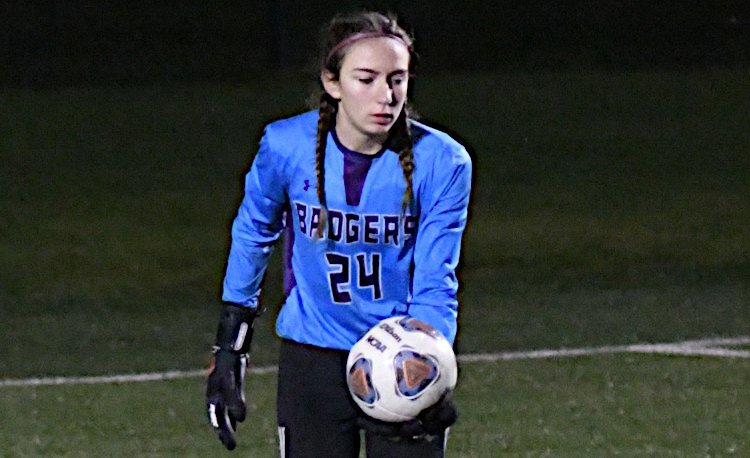 Berkshire had six different girls score in a season-opening 6-1 win over host Rootstown on Tuesday.

The game was a rematch of last year’s district championship game also won by the Badgers, 4-1.

“This was a great game to prove we picked up right where we left off last season,” said Berkshire coach Ian Patterson. “I think Rootstown definitely has improved from last season’s district final matchup, especially considering they returned everyone. We knew they would want to take us down as much as anyone on their schedule, but we came out and took care of business against the Rovers. Our balanced attack proved to be overwhelming after the first 40 minutes.”

Kelly McCandless scored a goal and added two assists. Brooke Ruchalski added a goal and an assist, and Jordyn Wichert, Evania McCandless, Alyssa Lawson, and Tara Barcikoski each found the back of the net for the Badgers.

Madison Durosko contributed to the win with a pair of assists.

“We had six different girls score in the season opener, which is really promising for the versatility of our attack moving forward,” Patterson said. “Kelly McCandless is proving to be a standout player for us making immediate impacts to start our season no matter where she is on the field. She scored one goal and assisted once before moving to the back line, where she added one more assist to junior sister Evania McCandless to make it 3-1 in the first half.”

“I think this win was a good start to the season after we’ve had a crazy preseason with things being rescheduled nonstop,” Patterson said. “It will give us a good bit of positive momentum going into Thursday’s conference matchup at Wickliffe, but we never tend to dwell on any one result. We will be hungry to get back on the turf Thursday night against the Blue Devils.”