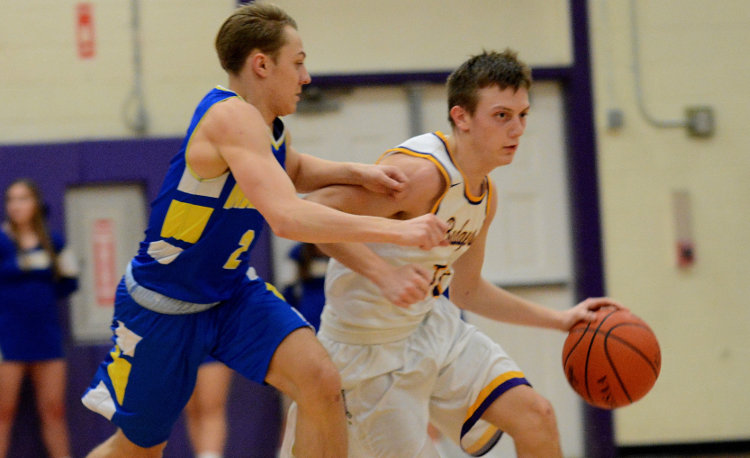 With the win, Berkshire has won back-to-back games for the first time since the 2016-2017 season.

“Going 2-21 last year and starting off with 10 straight losses this year is not easy but they come in day after day and put in the work,” Berkshire coach Ryan Dickard said. “They don’t complain; they just keep working. It’s a great group of guys. They have a great mentality and stick with each other.”

The Badgers, who improved to 2-10 overall and 2-6 in league play, led from start to finish.

They jumped out to a 12-10 lead after the first quarter and led 28-21 at halftime. Independence pulled to within 35-32 after three quarters of play but the Badgers converted on 7-of-10 free throws and executed on the defensive end in the fourth quarter to seal the win.

“We have a tendency to hang around there in the first half and then we hit a wall in the second half,” Dickard said. “Tonight, we were pumped up. We were able to continue that energy. We missed a couple of layups coming out of halftime but we didn’t get down on ourselves and we didn’t give up or quit. We just stuck to it and withstood their rallies.”

A month ago, Berkshire lost at Independence, 71-40.

The Badgers learned from that setback and handled Independence’s pressure much better the second time around. They also limited Independence’s Wyatt Flynn and Connor Synek to a combined nine points.

“That’s a complete 180 from the last game where they just beat us up inside and we turned the ball over left and right,” Dickard said. “We were able to eliminate both of those aspects. We were able to battle inside and contained Flynn and Synek, their big boys. They were kind of flustered. We took them out of their game.”

Sell and Sinkenbring set the tone for the Badgers as they battled in the paint for rebounds and loose balls.

“Jake and Levi have been stepping up these last couple of games,” Dickard said. “When your top two players respond like that it’s nice because the role players after that know what they’re expecting and step up as well.”

Independence pulled to within 42-39 with just over two minutes left to play but the Blue Devils were just 7-for-13 from the free throw line in the fourth quarter and never could hit the big shot when they needed it.

“I thought we were tentative offensively and they executed down the stretch,” Independence coach Hugh McMahon said. “We had our shots to make a comeback but we didn’t execute and they did. That’s the beauty of high school basketball. They did a great job. Coach should get all the credit in the world for preparing them. I was impressed with how they kept their composure.”