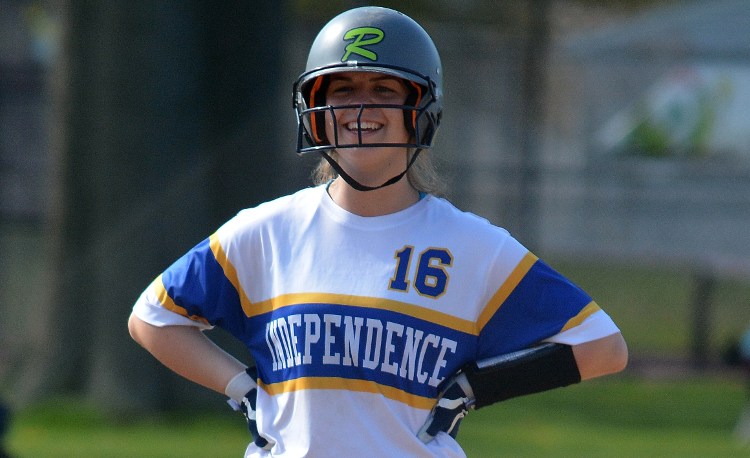 Independence pounded out five extra-base hits in an 11-0 five-inning win over Brookside in a Division III district semifinal at Avon Lake on Wednesday.

With the win, the Blue Devils return to the district championship game for the second straight season.

“Our goal was to show all of the hard work we’ve put in throughout the season to get here and we did that today,” Independence senior Olivia Pallini said. “I’m thrilled with how we played and I can’t wait to carry it into tomorrow.”

Pallini’s two-run home run in the first inning set the tone for the Blue Devils, who scored two runs in the first and third innings and invoked the run-rule with a seven-run fourth.

Pallini finished the day 3-for-3 with three runs scored and she knocked in five runs.

“The pitch was an outside strike and it felt amazing when I hit it,” she said. “I think that really carried our momentum through the rest of the game offensively and defensively.”

Jordan Kohut also had three hits for the Blue Devils, which included a triple, and she knocked in two runs.

Pallini, Cayla Mazzola and Sarah Piteo each recorded a double in the win.

Ashleigh Porter picked up the pitching victory. She allowed just two hits and struck out five in the five-inning complete game.

The top-seeded Blue Devils will play No. 3 Wellington at Avon Lake on Thursday. First pitch is scheduled for 3:30 p.m.