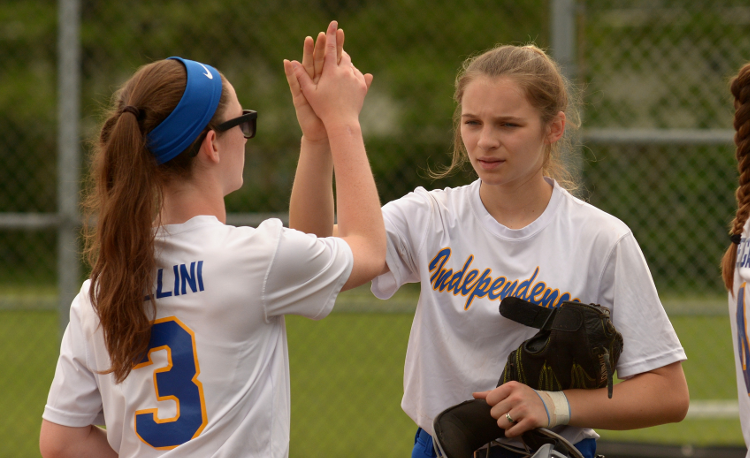 Independence opens the 2019 season with five returning starters from the team that reached the Massillon Regional championship game last spring.

That loss to Warren Champion, the eventual Division III state champion, inspired the Blue Devils during the offseason and remains the motivation to earn a return trip for an opportunity at revenge.

“Our expectations are the same as last year, win the conference and go far in the playoffs,” Independence coach Garry Moore said. “The difference this year is we’ll have new faces who will be expected to deliver as we think they can.”

The Blue Devils, who finished 22-3 overall and 10-0 in the Chagrin Valley Conference, have four seniors in the projected starting lineup.

Muskingum University commitment Sarah Piteo returns in the circle and as one of the team’s best hitters.

Olivia Pallini returns at second base, Jenna Suhy moves from catcher to shortstop and Hayley Biondi has locked down one of the outfield positions.

“I’m expecting my captain Sarah Piteo to continue where she left off last year as one of the best hitters in Northeast Ohio and to dominate on the mound,” Moore said. “I expect my captains, Jenna Suhy and Olivia Pallini, to anchor our defense by becoming the best shortstop and second base combo around. I expect Hayley Biondi to get those results she has worked her butt off to get.”

Junior Rachel Belitz is competing with sophomores Alyssa Pallini, Elise Nelson and Morgan Pascarella for playing time in the outfield and sophomore Cayal Mazzolla is expected to start behind the plate.

Freshmen Jordon Kohut and Ashley Porter also have earned a spot in the starting lineup.

Kohut will play first and pitch while Porter and Belitz are competing at third base. Porter also will see time in the circle.

Junior Brooklyn Pillar and freshman Anna Weber also are expected to contribute for the Blue Devils this spring.

“Our strengths are our ability to interchange at all positions if needed without missing a beat and the depth of our pitching staff,” Moore said. “Our weaknesses, the unknown of what those who expect to perform will give us. Our seniors will lead this team through the ups and downs. I’m not concerned.”