Blue Devils ready for an encore 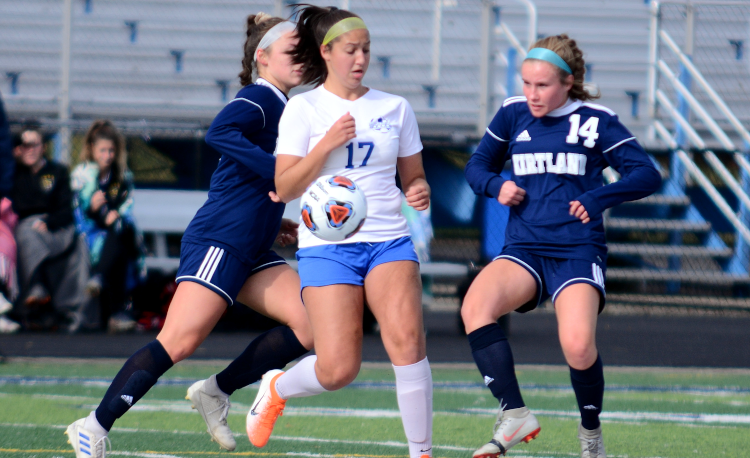 Last fall, Independence set a school record for most wins in a season and the Blue Devils also claimed the first district title in school history.

With five returning starters, Independence is hoping for an encore performance in 2020.

“We return most of our top players from last season and could equal that team’s success,” said 15th year Independence coach Bryan Less. “Our goals are another (Chagrin Valley Conference) and a district title.”

The Blue Devils, who finished 14-4-3 last fall, have some key holes to fill but Less is confident in his returning personnel and some of the new faces in the lineup.

“We lose our goalkeeper and much of our depth in the defense,” Less said. “Molly Dougherty was also a force in the midfield or forward position and made every PK we took in the last four years. Several returning players must fill bigger shoes this season, especially on the defensive side. I also see two or three freshmen stepping right into a starting role on this team. This year, we have a very nice freshman class who have worked hard all summer long.”

Independence’s key to success this fall hinges on the younger players quickly becoming comfortable playing at the varsity level.

If that happens, the Blue Devils will be in a position to accomplish all of their goals.

“We must continue to train hard to make up for the loss of seven seniors,” Less said. “Many players are still learning how to pass under pressure like they need to (in order) to be successful in our system. We also need to increase our goals scored percentage, as we probably will not have as much possession as we did last year.”

Less is implementing a new formation this season that he hopes will help the Blue Devils to settle in and play as a team.

“We will be running a new alignment to fit team needs and abilities,” he said. “Some players will also be moving to new spots. Last year, we ran a 4-3-3 that does not fit this team. We will also be looking to play the ball often to a new player who may end up being the fastest girl I have coached.”

“Paige gives relentless effort and leadership,” Less said. “Despite missing half the season due to injury, she was still one of our leading scorers and always has a positive mindset.”

DiGeronimo, a midfielder, was named second-team All-Ohio and was the CVC Metro Division’s MVP as a junior. She also earned first-team all-conference and All-Greater Cleveland honors after scoring 11 goals and adding six assists.

“Riccela just looks and acts like a soccer player,” Less said. “She does so many things well and is the rare player that makes everyone around her better. She seems quicker than last year, and I hope to put her in position to have an even greater impact on the offense.”

“Makenna might have the best touch and passing of any player I have coached,” Less said. “She is so smooth in the way she controls the ball. Her field vision also opens up passing lanes that most players don’t see.”

Adams, a midfielder, earned second-team all-league and All-Greater Cleveland honors as a sophomore. She scored seven goals with five assists.

“Alex is quiet but plays with ferocity,” Less said. “She has an outstanding shot on goal from distance and is a great individual defender. Alex is also the rare player who can succeed in all three levels of the field.”

Belitz, a defender, was named first-team All-Greater Cleveland and second-team all-conference last season. She helped the Blue Devils to record eight shutouts and also was a key part of the defense that held opponents to an average of just one goal per game.

“Rachel has been the anchor of the defense all four years,” Less said. “Before her time with me, she was a forward, but has become one of the top two center-backs I have coached. She plays through pain and to win, expecting the same of each of her teammates.”

“Hannah really took a step forward last year and I have seen a major increase in her foot speed this summer,” Less said. “Being tall, this will help her control the ball more in traffic. I hope she uses her height to begin to push players around.”

Sophomore defender Addie Westerburg and junior forward Sophie George both saw plenty of action last season and will be counted on this year to fill some of the holes in the lineup.

“Addie was in and out of the lineup last year, but I expect her to be on the field in every key moment this season,” Less said. “She has a ton of power and has added some quickness and field awareness this year. Sophie has gotten better every season and is the rare player to be voted most improved player twice. She is quiet but determined and I expect to see make more growth this year.”

Others Less expects to make an immediate impact are Maria Bellitto and Alana Nowak.

“Maria only started two games in goal but also played in about half in the field last year,” Less said. “I think she will use this experience to make up for a lack of experience. She has good instincts and foot skills, and if her diving picks up, she can be a very solid keeper.”

Nowak, a freshman forward, has speed and a skillset that has her poised to start as a ninth-grader.

“Alana is already one of the fastest players I have coached and this speed will open up new dimensions for our team,” Less said. “Besides this, she is a great young lady who is constantly trying to get better.”

Despite some big cleats to fill this fall, the Blue Devils return enough talent and experience to build upon last year’s 14-win season.

Less is confident his returning players are ready to compete and the younger players are quickly adapting to their new roles.

“I really like the work rate of this team,” he said. “The offseason program was the best it has been in at least four years. Several returning players have shown a major increase in foot speed or soccer ability, as well. Things won’t be as smooth as last year, but our ceiling is just as high.”