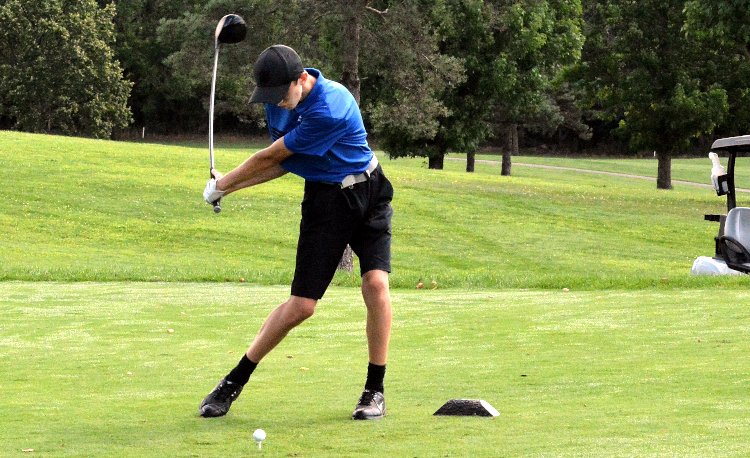 Independence returns five golfers from the squad that finished 9-1 last season leaving the Blue Devils eager to compete this fall.

“We should be able to compete every time we are on the course,” said Independence coach Mike Marcinko. “Last season gave the guys a taste of what it’s like week in and week out and what it takes to be successful. We will do our best to use the past experiences to influence the present and continue to work on improving our skills.”

While the Blue Devils came up just a few strokes short of advancing to the district tournament last year, they’ll return this year hungrier and better prepared.

“The guys have a good base of experience from last season,” Marcinko said. “The five returning varsity golfers are juniors and sophomores, so we still are on the young side. We will have a senior, junior, and sophomore battling for varsity play as well. The situation will make all our rounds of golf, practice, or match day, very impactful on who will play week to week.”

Sophomore Mark Pillar qualified last season as a freshman and junior A.J. Marcinko played his way into the 2019 tournament.

“Mark is very talented and focused and is in a position to have a very good fall,” Coach Marcinko said. “His game is top-notch and travels well to any course that we play or conditions we play encounter. Mark is the pacesetter for the team and puts us in a good position to defend our title.”

“A.J. has shown he is a solid and impactful golfer for our program and in the CVC,” Coach Marcinko said. “He has just started golf activities after suffering an injury in June and will need to rely on past successes as he works back into shape and playing meaningful golf.”

Juniors Charlie DeCapua, Joey Spacagna, and Sam Coddington are expected to round out the starting lineup.

“Charlie has put a lot of work in this summer and is ready to make his mark in the CVC. He got a sampling of varsity golf and tournament golf last season, which has fueled his fire to improve his game. Charlie will be a key player in our ability to match last year’s success and win another title,” Marcinko said. “Joey played JV and varsity last season but he is now firmly in the mix for 2021 and is expected to contribute. Joey brings a fiery competitiveness to the course and has the ability to shoot solid scores for us. Sam came on strong late in the season last fall to gain varsity experience. He doesn’t have as many rounds at the varsity level but he has shown he can give the team steady and consistent scoring.”