Blue Devils reload for another run at state 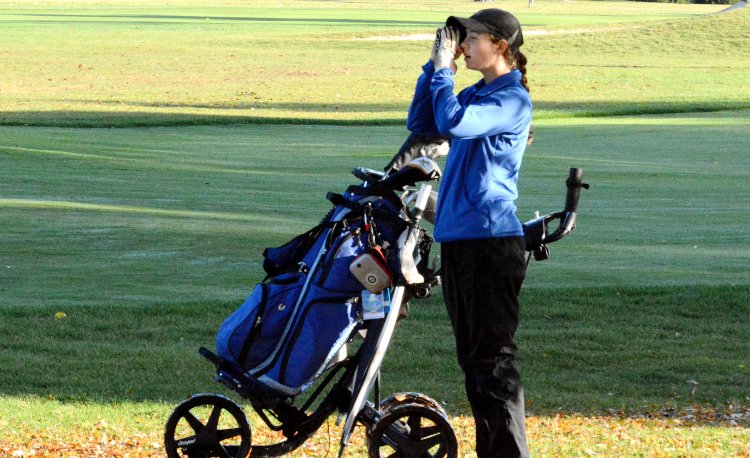 Independence graduated its top three golfers from the squad that finished fifth at the Division II state tournament last fall, but the Blue Devils have plenty of talent returning in 2021.

It’s that group of golfers that has eighth-year head coach Karl Schuld confident the Blue Devils can pick up where they left off.

“We graduated our top three girls from last year’s team that finished fifth in Division II, however, Hillary Esper, Emma Konopa, and Molly McGreal played key roles on last year’s team,” Schuld said. “All of our girls take lessons and work hard in the offseason to improve, and that should help them as the season progresses. We have some very talented younger golfers, but they lack experience. Once they get a chance to compete for a month I think this team will be very competitive.”

Esper and Konpa are juniors while McGreal is a sophomore.

Despite their playing experience last season, the team as a whole will be on the younger side.

“We will rely heavily on Hillary, Emma, and Molly,” Schuld said. “However, they are young as well. We have no seniors this year and while we have high expectations for all three, they each only have one year of varsity experience under their belts.”

Esper was named the team’s captain.

“She is very intelligent and has worked very hard in the offseason to improve her game,” Schuld said.

Konopa shot a 204 at the two-day state tournament last season.

“Emma was our number five golfer on last year’s state team,” Schuld said. “She gained valuable experience in that run and I hope that transfers to this season.”

McGreal played her best golf at the state tournament. She shot a 189 to finish 48th.

She gained some momentum for the high school season by placing second in the Good Park Junior Tournament last month with a career-low 78.

Several others will compete for a starting spot among the top six.

Among them are juniors Kate Coljohn and Kate Szymanski sophomore Adriann Buyanski and freshmen Macy McGhee and Bel Trombetta.

Coljohn has played on the JV team the past two seasons while Szymanski switched to golf from volleyball.

“(Coljohn) has a chance to be a real good golfer as she continues to learn and improve around the green,” Schuld said. “(Szymanski) played volleyball as a freshman, but we are glad she made the switch to golf. She has a great swing that just needs a little more consistency.”

“Adriann is a super hard worker and has made tremendous improvement in her game since last season,” Schuld said.

McGhee and Trombetta both are very athletic and filled with potential.

“Macey has really come on this summer. She has tremendous hand-eye coordination and although she is still learning the game, her potential is outstanding,” Schuld said. “Bel has a very nice swing and she has benefited from playing in several summer tournaments. I think that experience will help her as our season progresses. Once she learns the short game, she could post some very good scores.”