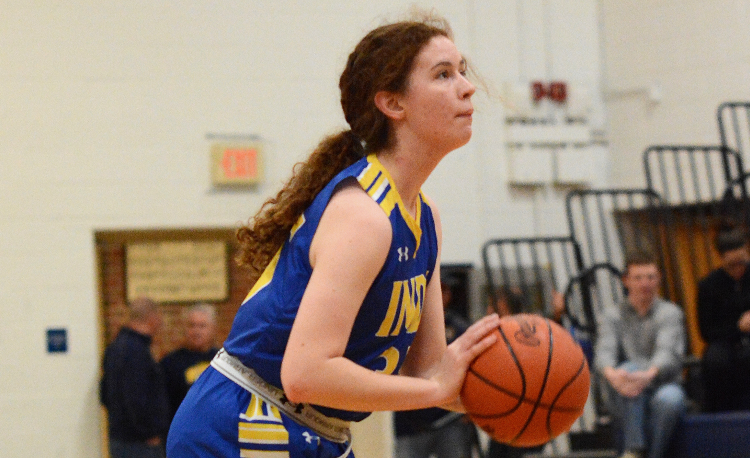 Independence took one step closer to clinching the Chagrin Valley Conference Valley Division title with a 52-28 win at Berkshire on Wednesday.

The Blue Devils now need just one more win or a Kirtland loss to win the division.

“(Take care of business), that was the discussion in prep for the game,” Independence coach Mike Marcinko said. “Do what we work on, play solid, make correct plays and reads and defend. The rest will take care of itself.”

Riley Wilson provided the Blue Devils with an early boost as she scored 11 of her game-high 20 points in the first quarter.

She drained two early 3-pointers, which then opened the driving lanes.

“Riley was the difference in the first half,” Marcinko said. “She took what they gave her and didn’t force a thing. It was an all-around effort. She scored, defended and rebounded.

“Riccela played great defense with five steals and Haylee Dmitruk had four assists in the first quarter,” Marcinko said. “Anna Weber played well off the bench at both ends. She can score and was showing that ability today.”

“Solid effort by all on defense,” Marcinko said. “We kept changing things and personnel. The energy and urgency were good for a road game.”