Hawken puts it all together in win at Beachwood 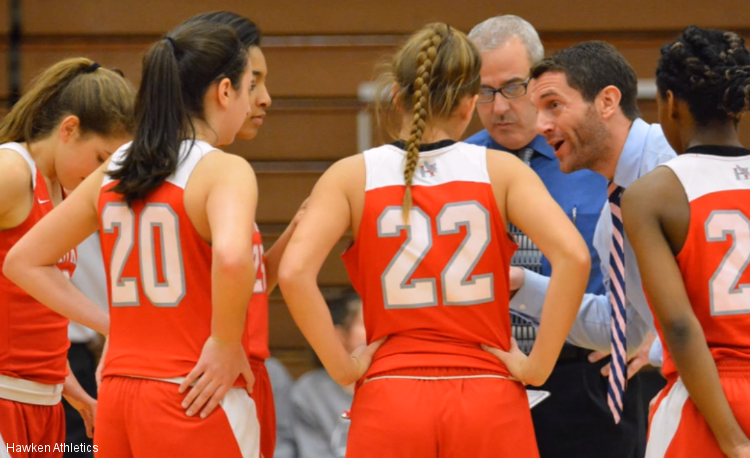 With the win, the Hawks improved to 7-12 overall and 4-7 in the Chagrin Valley Conference Chagrin Division while Beachwood dropped to 2-17, 1-10.

“I feel like our girls played exceptionally hard from start to finish,” Hawken coach David Murray said. “Offensively, we had great ball movement and shot really well from outside, knocking down seven 3s. We also did a nice really job on the offensive glass, generating second and third opportunities. Defensively, we played a very sound team (defense). We forced them into contested jump shots and limited their offensive rebounds.”

Hawken jumped out to a 15-5 lead in the first quarter and also came out of the break with a dominating 17-6 run.

“I thought that was huge,” Murray said about the fast start to the game and second half. “This season we have been susceptible to slow starts, so getting off to a fast start in both halves allowed us to seize the momentum and dictate the pace of the game.”

Makayla White and Julianna Pollard led the Hawks with 15 and 11 points, respectively. Erica Emig contributed to the win with nine, Gabi Cicerini and Zaria Johnson both scored seven and Taylor Smith finished with five. Maya Dori added a bucket for the Hawks.

“I think that we moved the ball well in our half-court sets which contributed to our balanced scoring,” Murray said. “They also switched defensively between man and a 2-3 zone, which led to different scoring opportunities.”

The Hawks were equally effective on defense.

White and Smith tied for a team-high 12 rebounds and the Hawks pulled down 61 boards in the game.

“Beachwood is an athletic team with some talented scorers so we went into the game emphasizing the importance of team defense,” Murray said. “We were able to pressure the ball on the perimeter and provide strong help on their drives which forced them into contested jump shots. We also did a nice job of boxing out and limiting their opportunities on the offensive end.”